Don’t Drill a Hole in Your Head: April ’17 Roundup

What have I learned this month? Don’t leave your assignments to the last minute, don’t underestimate the power and influence of the Victorians, don’t drill a hole in your head, and for the love of goodness, don’t stick a spanner in an iconic character’s backstory just to justify casting a white lady to play her.

Cute Queer Webcomics for the Soul (exactly what it says on the tin. Every time Heartstopper updates I get stupid little flutters)

It’s a Metaphor, Max: Time Travel (in which Life is Strange is back on my desk, getting pulled apart in search of deeper meaning in the aspects of it that make no damn sense)

Miss Kobayashi’s Dragon Maid: A Cute, Fun, Trashy Domestic Comedy… with Dragons! (in which I introduce you all to my new Problematic Fave)

Sexualised Saturdays: Letting Boys Cry (in which it’s important for men to know they’re allowed to be emotionally vulnerable, which is why portrayals of fictional men–especially ones in typically ‘manly’ and cool roles–are so important)

My Favourite Anime: ToraDora! (want a more succinct post about why I love this show? Roll on over to LAB where I pitched in to provide content during the main writers’ hiatus)

Nifty Things to Listen To 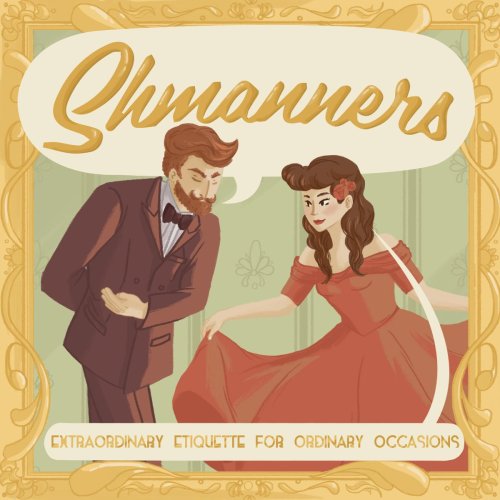 Let it be known that April is the month I began my official descent into the McElroy entertainment empire. This extended family is everywhere—you may know them from the seven-years-long-and-still-going-strong “advice” show My Brother, My Brother, and Me, or perhaps from The Adventure Zone or Monster Factory or whatever the hell this is. I’ve been listening to their shows of the “we love our wives so let’s give them a platform to teach us all about their passions” variety.

Shmanners features Teresa McElroy and her doting husband Travis, wherein they discuss modern day conundrums of etiquette, the social history behind them, and the evolution of “traditional” behaviour and customs of society—many of which aren’t as old as we may think. The episode on first dates is one I would definitely recommend, tracing the history of wooing romantic partners from its roots in medieval chivalry (if it actually existed, and wasn’t just something the Victorians made up in an attempt to romanticise that era) to 18th and 19th century courtship rituals to the evolution of “dating” as a concept (without your parents in the room! Amazing!) in the 1910s and ‘20s, all the way through the business of “going steady” in the ‘50s to the Free Love movement to modern day.

You can also learn about the history of the amusement park (thankfully we don’t have baby-viewing chambers in our entertainment alleys anymore…) and the public pool, which are equally fascinating. Especially when paired with the modern advice section that makes up the latter part of the episode, where you have to contemplate whether the ancient Egyptians bathing in the river Nile had the same problems with people flicking sand in their face as we do today… social history, man. Love it. And Travis and Teresa are a delight to listen to.

A quite different but equally fun dynamic is Dr Sydnee McElroy and her husband Justin in Sawbones, where they discuss medical history. I haven’t listened to as much of this as Shmanners yet (partly due to my notably weak stomach) but the episodes on “cinematic neuroses” (featuring infamous BBC mockumentary Ghostwatch, which terrified a nation and is an intriguing story in and of itself) and on the history of medicinal tea have stood out to me for pure fascination factor.

Ah, this family has so much to teach us. Or you can just watch them zoom around in tiny cars.

I also picked up Nancy two days ago (on Amanda from Spirits’ recommendation) and blitzed through basically the whole thing so far. This series about modern LGBTQ+ life is strangely engrossing, due to both its sound design and content, which focuses on personal stories and ranges from moving to hilarious to heartbreaking. There’s been a lot of focus on the L and the G rather than anything else so far, mostly I suspect because that’s how the two hosts identify, but hopefully they branch out a little as the series goes on. That said, it also has a big focus on intersectionality especially in regards to race since both hosts are Asian-American, which is always something good for my little mixed-grain-white-bread self to learn about.

Oh boy, speaking of which, Ghost in the Shell came out at the very end of last month, and by now everyone has more or less forgotten about it except for the occasional internet grumble (partly because the live action Death Note trailer dropped, with almost comically bad timing, and focus shifted to include that nonsense in this overarching issue). Before the hype dies down, though, I urge you to listen to ANN Cast’s episode on it—it’s funny, thought-provoking, analytical in a very approachable and interesting way, and fills you in on everything you need to know without having to give this mess of a movie any of your money. Thanks, lads. 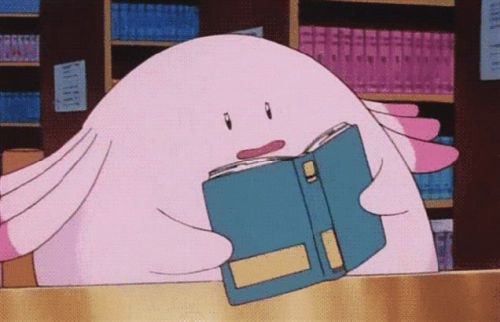 Speaking of people watching terrible things so I don’t have to, I’d like to extend my gratitude and support to all the tireless bloggers who waded into the new season of anime premieres. My God, there’s a lot of trash out there. Artemis’ opinion is worth reading, as always, as is The Josei Next Door’s, and the dedicated fellows of Rabujoi are hard at work as usual, sometimes with analytical results, sometimes with hilarious ones.

For premiere reviews with a more distinctly queer and/or feminist lens, I would, as always, recommend AniFem. If only for some entertaining and thoughtful reading material—Amelia notes what makes a satisfying and well-rounded love story in a way that’s actually very helpful and succinct for writers while ruminating on Tsuki ga Kirei; and eloquently as ever has no time for the harmful burning nonsense that is Armed Girls Machiavellism or Akashic Records of a Bastard Magic Instructor.

Eromanga Sensei could have been a delightful exploration of grief, family, and art, if it were, just maybe, not entirely about the virgin-whore dichotomy and they’re-step-siblings-so-we-promise-it’s-not-incest incest; how promising World End looks kinda shows how low the bar is set for light novels; Royal Tutor is “a trash bag wrapped around a cinnamon roll”; Twin Angels Break just might be the best trans representation we’re going to get this season; Tsugomomo is a cool fantasy idea drowning in its slapstick slice-of-life setting; and Love Tyrant made Vrai embrace the inevitable heat death of the universe.

From general consensus across all these blogs, the most promising series of the season seem to be Sakura Quest, RE:Creators, and Grimoire of Zero. I’ll keep an eye out and see how they progress…

A few other readables:

And more academic papers. So many. I’m looking at putting together another thesis-based blog post a la my look at The Cauldron of Story and swan maiden theory once actual university shenanigans have cooled off, so stay tuned. There’ll be some spicy stuff.

Also, Thor: Ragnorak looks like it’s actually going to be really fun and possibly good. Could it be so?

7 responses to “Don’t Drill a Hole in Your Head: April ’17 Roundup”