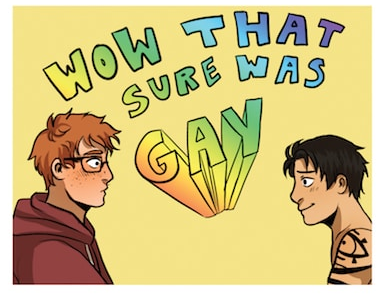 I haven’t got anything written up about it, but I just want you all to know that Wonder Woman was so damned good.

It’s been a busy month (again), full of work and writing and social gatherings and the terrifying but rewarding business of planning to move house. I’ll be entering this phase of upheaval in the middle of next month, but as always posts are scheduled in advance so the blog will be running a lot more smoothly and calmly than I probably will.

I haven’t read any novels for approximately a hundred years (or, at least since Honours started and I was reading so many words that reading more words in my spare time–even if they were fun, fictional ones–seemed like a ridiculous idea) which I feel bad about, but there’s finally going to be another Overthinking Bargain Books post! It… sure is something, friends. Watch this space.

A reminder as well that you can find me on Twitter now, where yes, I have vaguely learnt how to use Twitter! Hit that follow button for quality, witty live-tweeting like this straight to your internet doorstep:

“Heroes” vs “Heroines: A Tale of Linguistics and Juicy Academic Gossip (in which I begin by roasting Joseph Campbell, then dive into the tricky issue of gendered language and implications)

Fantastical Queer Webcomics for the Soul (a companion piece to the cute romance recommendations, but this time with more ass-kicking)

Make It Gayer: ToraDora! (I told you I’d do it)

“This Town is Full of Ghosts!” The Power of Atmosphere and Landscape in Night in the Woods (in which I examine how the setting of this spooky, brilliant little game reflects its protagonist and feeds into a genuinely Gothic exploration of a dying town)

Sexualized Saturdays: Martyred Moms and Dastardly Dads in the MCU (Marvel is killing off all of its sweet and pure mothers, whereas Wonder Woman has a whole island full of Ancient Greek warrior mums. Like, I don’t want to jump into a Marvel vs DC argument, but I’m just sayin’)

This month’s “next time you have two hours to kill, instead of setting up a movie please watch this” award goes to this video essay on everything wrong with Sherlock:

As you may know if you’ve been following me long enough, Sherlock entranced me when I first watched it. As with many other people, though, the shine wore off as time went on, and this essay is a very entertaining, analytical, and dare I say it, cathartic tear-apart of the famous series. This includes why it’s a faulty adaptation of the original stories (about which the presenter knows more than I do) and why it’s faulty storytelling even as a standalone piece, dipping into all sorts of juicy critical analysis including glancing back at Moffat’s earlier work to see the same quirks and flaws (I had never heard of Jekyll, and now… well, “enlightened” feels like the wrong word, but my eyes sure have been opened).

Other enthralling reads (that will take less time to consume) include a blog series Ace is doing over at LGG on the minor characters in A Song of Ice and Fire, versus their portrayal in the adaptation Game of Thrones… and how the nature of these adaptations show a fatal misunderstanding of the source material. Even the way the prologue pans out–a tiny scene about characters we only meet once–foreshadows massive ideological differences between the original books and what the show has turned the story and themes into. Alas, we should have seen all this bullshit coming… is anyone actually gearing up to watch the next season of GoT, or have we all collectively divorced it? That’s not snark, it’s a genuine question, since I’ve barely caught the faintest whiff of hype on the breeze.

Also in the analytical realm is this article about how Psycho Pass handles mental illness so delicately and accurately until it… doesn’t, dropping the ball and basing its plot around harmful misconceptions.

This post is a brief examination of the character types most commonly found as the male leads of two geeky genres, similar but oh so different: the Extremely Mediocre Light Novel Protagonist and the Gruff Chiselled Video Game Hero. They come at masculinity from two different angles and create two very different archetypes, each annoying as each other in its own way.

Speaking of light novels, Caitlin over at Heroine Problem has personified their anime adaptations as dudes you meet in the first year of uni. Now, it’s not necessarily a genre I’m familiar with, nor, mercifully, am I familiar with the trials of on-campus living, but even I got a kick out of this (especially Sword Art Online‘s entry. Snort.).

Saffron Alexander wrote about the “space racist” trope, which having not dipped my toes into Doctor Who in a long, long time, I also wasn’t familiar with, but the article brings this issue to light very eloquently. You know a piece is good when it makes you mad about a trope you weren’t even aware of before…

Last but not least, I have never read Fahrenheit 451, but I’m always interested in examining the classics from a modern angle–so Saika’s review was a good read, if only for the fact that she calls Ray Bradbury an edgelord.

This month’s podcast recommendation is The Kind Rewind, featuring Theresa and Travis of Shmanners taking a more informal approach and talking about beloved TV shows and movies that they’re rewatching. They’re chatty and fun to listen to as well as analytical, which is always the golden combination with these sorts of things–I’m loving their commentary on Avatar: The Last Airbender, which is filling me with beautiful nostalgia and a general warm fuzzy feeling. The best place to find the episode links is through that Twitter I linked up there, but of course they’re available on all podcasting apps and iTunes and all that jazz.

And, because three mentions is the charm, Spirits did a great episode about the mythology behind Wonder Woman, including a fantastic interview with her current head writer! They also covered The Rainbow Snake this month, which, while the episode itself gets a bit tangential (it’s informal storytelling between friends; it’s just part of the Spirits brand) it was pretty cool to hear some Australian folklore on there for the first time.

Before I sign off, I want to thank everyone who’s been reading this little blog–WordPress tells me I’ve hit the milestone of 1,000 Likes, so that’s exciting! A special shoutout to users Rambling Kori, RJ Bailey, Artemis, Mythos, and those other familiar faces that I see popping up in my notifications time and again (and an extra special shoutout to Mythos, who is one of the few people to interact with my Twitter nonsense); and to the people who got into a really interesting discussion about lady villains over on my latest LGG post. If you don’t have means to hit the Like button but still read along, whether that’s regularly clicking through or just popping by occasionally, you are still very much appreciated!

One response to “Ancient Greek Army of Mums: June ’17 Roundup”