“Lilibet” vs “Gloriana”: Fun with Duality in The Crown 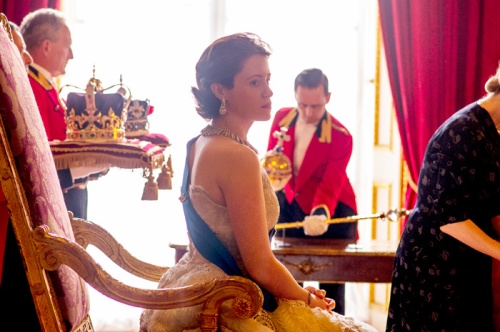 Much in the same way Bruce Wayne and Batman can be considered different characters, the woman nicknamed Lilibet and the monarch dubbed Elizabeth II could be considered different identities. Much like being Batman, stepping into the role of queen involves cloaking yourself in a persona that is largely based on symbolism and what the people need to see, and also much like being Batman, it involves swallowing a lot of tragedy and ignoring affection because that is what a hero/flawless leader does. The Crown quietly toys with this concept of dual identity and how it tears a person up inside, or at least, it quietly toys with it until it all comes to a head in the series’ final episode and everything is absolutely the worst.

The Crown is about the British royal family (I mean, Winston Churchill is there a lot but it’s mostly about the royals) at the time of Elizabeth II’s ascension to the throne, though for maximum heartbreak the show takes the time to introduce you and get you attached to her father, George VI, before he dies and she needs to take his place. According to his wife (and history) it was being king that killed him, which doesn’t bode well for Elizabeth, who spends season one trying to settle into her new role as powerful-but-powerless leader of an empire in weird and changing times, and working out how to balance her life as a wife, mother, sister, and human being with thoughts and feelings, with her duty as The Freaking Queen. Being The Freaking Queen does not mean you have the power to do as you please, in fact it means you’re surrounded by more rules than most people, and it’s this that gets her in strife with her younger sister when she—as monarch—legally can’t approve her marriage, even though Elizabeth personally gives it her blessing.

Princess Margaret has a thing going with an ex-airforce officer and member of the royal staff, Captain Townsend, who has recently been divorced by his wife. Which is great news for them since now they don’t have to smooch in secret anymore, until everyone’s like “Hey, didn’t another member of the royal family try to marry a divorced lady and it changed the course of history forever?” Elizabeth is sure that this time will be different, and unlike her uncle David (would-have-been/was Edward VIII) everything will go smoothly and the two royal siblings definitely won’t end up hating each other. Turns out it’s a little more complicated than that (Royal Marriage Acts and junk), and it’s this plotline that brings the “Elizabeth the Person vs Elizabeth the Queen” issue to a head. 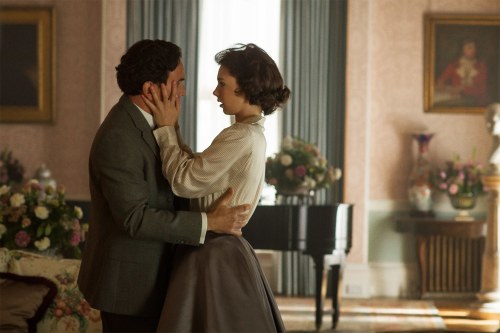 The obvious parallel here is between David and Margaret—both are members of the royal family who fall in love with someone they “shouldn’t” (a divorcee in both cases, which the Church forbids to remarry while their ex-spouse is still alive… and while this was kind of easing up for the common people by the 1950s, it would have been outrageous for a king or princess to marry one), creating a huge scandal when they refuse to back down, and putting their sibling in a tricky position both politically and emotionally.

Both Princess Margaret and her uncle swear several times that they’re not doing anything immoral or ridiculous, that they simply want to be with the person they love for the rest of their lives, which really should be a right to anyone. But things get complicated when you’re in the royal limelight, shrouded in so many rules and customs, with a duty to uphold them for the sake of image. David, in the end, discards the duty and marries his dream woman, with whom he lives happily for the rest of his days, except that, you know, it kind of screwed over the entire royal family.

David chose love over duty, and this is initially presented as a bad thing—David himself comes off as a prize dickhead when we’re first introduced to him, and since Elizabeth’s immediate family has been our main focus so far, we get the sense we’re meant to side with them in the fights and cold-shouldering that ensue when David shows up. Flighty, passionate Margaret announces that she wants to marry Peter Townsend, and everyone kind of goes “oh no, not this again”… but in the end Margaret isn’t the perfect parallel narrative to David, Elizabeth is. Except that she chose duty over love, and that screws over the entire royal family. 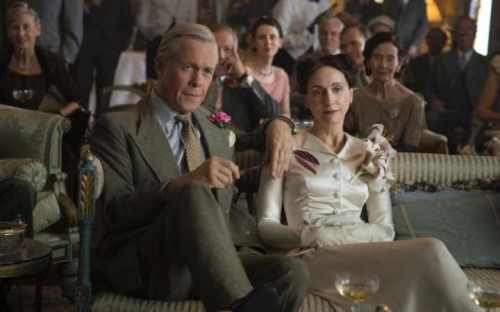 David dodging duty and abdicating so he could marry Wallis was seen as a huge betrayal to his brother, as is highlighted in the flashback in episode 10, “Gloriana”, which inevitably split the family down the middle. Elizabeth accepting her duty and preventing Margaret from getting married is seen as a huge betrayal to her sister, which inevitably splits the family down the middle. This unexpected mirroring is alluded to gradually as we see David waxing poetical about what it means to be a monarch, and comes neatly to a head when he talks to Elizabeth on the phone and basically says “kiddo, the job’s awful no matter what you do.” The person David is is constantly at war with the king he is (or, was) meant to be, and he ruefully explains that it will be the same for Elizabeth.

“We are half-people,” he tells her in “Gloriana”. “Ripped from the pages of some bizarre mythology, the two sides within us, human and crown, engaged in a fearful civil war that never ends, and which blights our every human transaction as brother, husband, sister, wife, mother. I understand the agony you feel, and I am here to tell you, it will never leave you.”

This symbolism of duology within the monarch is a constant throughout the series—many talk about how the royals are a symbol, are veiled in mythology and raised to the platform of gods, and how taking this image apart risks the dissolution of society as we know it. Margaret argues that the public loves her because she’s human, flawed and passionate and entertaining, and (basically everyone, but mostly) Elizabeth, who has spent some time learning to be queen by that point, shoots back that a ruler is not meant to be flawed and human.

As said in the coronation episode, a queen is a goddess, because it gives people an ideal to look up to and believe in. Does this screw said queen over as a person? Yes, it does—on the Royal Tour and indeed throughout her public appearances as queen Elizabeth’s physical and mental health, relationship with her family, and quality of her marriage suffer because she is always strapping the mask of Queenliness to her face.

But what else can she do? The season finale leaves everything on a sour note, with Margaret promising to never forgive her sister—who has in this case chosen, after a lot of painful thought, to act as her queen before acting as her sister—the public in despair that their royal love story had an unhappy ending, and Prince Phillip leaving the country for five months giving Elizabeth the cold shoulder (capping off a constantly occurring conflict in the series about power between them, and, again, the balance between Queen and Wife). In a great sweep of symbolism, Elizabeth is left standing in full royal regalia in front of photographers, who gleefully, reverently drop that quote at the head of this post. And she looks goddamn miserable.

But, in the oldest but most accurate metaphor in the book, the crown is heavy. The Crown is a symbol even if the monarch no longer holds all the political power they once did, which the show highlights as one of the many strange tug-of-war games in a world that’s modernising—past vs present, tradition vs change (which will be better for the morale of the people and the running of the country?), goddess vs young woman who’s just trying to look out for the people she loves. George VI says “The Crown must win” in the first episode, which neatly foreshadows all this kerfuffle between what Elizabeth wants to do and what she should rightly do to uphold the laws and traditions of her reigning role, and underlines and answers the entire conflict of the show: The Crown must win. Too bad for the head underneath it, because when you put that shiny thing on, you become something else entirely. This is what Elizabeth comes to accept over the course of the tumultuous series, even if it leaves her family in emotional crisis.

Tagged as Netflix, The Crown