You all know the story—a world-innocent but slightly bored peasant boy gets swept into an adventure to save his people. How’s he going to do it? He’s just an everyman, after all, the most relatable archetype out there, that of the well-meaning but gormless youth. However he might protest, however, he really has little to no say in it—he has to go on the adventure and defeat this evil, because destiny dictates he’s the only one who can.

What am I talking about here? Star Wars? The Arthurian legends? Buffy the Vampire Slayer? It doesn’t matter. The idea of the fated hero is older than print, present in everything from Greek theatre to modern sitcoms. But the question that I pose to you is thus: is the concept a bit worn out?

After all, the thing about destiny is that you know what’s going to happen. As if the definition wasn’t enough, we have the added bonus that a lot of these plots march along a certain previously laid-out path, that of The Hero’s Journey. Joseph Campbell was the first to nut this out in his book The Hero with a Thousand Faces and if you follow your nose you’ll see it guiding adventurers all across the spectrum of literature.

It starts with our ordinary hero, our relatable everydude, in their ordinary home town, somewhat dissatisfied with their predictable life. Suddenly, in crashes some sort of bizarre happenstance that ignites the plot. Maybe a mysterious girl falls from the sky, or maybe they find a hidden treasure, or maybe some sort of mystical, pun-making wizard appears and calls them to adventure.

The Hero can’t just rush off into the story, however—for whatever reason, be it their loyalty to home or their honour or their wobbly knees, they must refuse the call. In spite of this, they’re going to get roped into the fray anyway, like in the aforementioned and formula-perfect Star Wars, where Obi Wan points out that Luke’s really got nothing better to do than come with him and face the adventure he was born for since his house and family are now on fire. 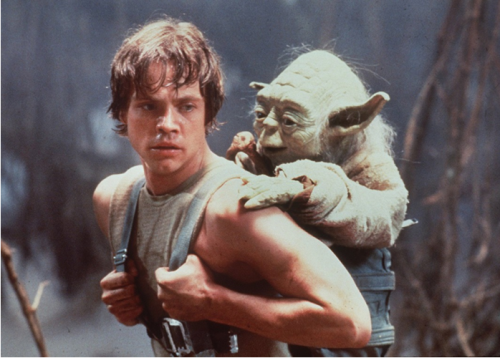 Does destiny really say I have to carry your Muppet ass around?

From there, they are propelled into the plot, usually accompanied by their new friend the space wizard and aided with some sort of tool helpful to the quest. Bonus points if the Hero has no idea how to use the damn thing or is convinced that they aren’t meant to have it, a la Rye in Emily Rodda’s The Three Doors trilogy, who spends most of the first book looking at his bag of magic items and going through the thought cycle ‘These are really cool. But they must have been meant for someone who isn’t me. I’m nowhere near cool enough for these.’

Regardless, off they go, magic sword in hand, over the threshold into the outside world, be it a dystopian wasteland with a government they must overthrow or a peaceful kingdom they have to save from impending doom.

They encounter trials along the way, they face their great enemy when they aren’t ready, they have a symbolic death, they get redeemed, they learn to use their magic token or have an epiphany that kicking this evil force’s butt is what they are destined to do (or have a different realisation like Rye, but I’ll get to that in a second), they go back, there’s an epic battle, they save the world and get the love interest.

Now that’s all fine and dandy, but it poses a problem. The hero chosen by fate is a good central character because they’re sympathetic. Like most of the audience most likely would, they freak out appropriately about their secret magical potential and the idea that they have to go fight. But they also reverse that by fulfilling whatever prophecy set them on their path, reassuring us that ordinary, boring people like us do have the potential to do great things and There’s a Hero in Every Man. But is there, really, if only those destined and born with magical potential are the ones doing it?

This TED Talks points out a flaw in the ‘fated hero’ plotline, especially in kid’s movies where it’s so often seen: it encourages a single-minded kind of thinking, showing a protagonist whose ultimate goal is to fight something and collect a reward (which, as the speaker also wryly points out, too often comes in the form of a princess). What he wanted to see were more stories about people without destiny attached to them, who drove the plot simply by their own goals and not the ones placed on them by some other force that made them blindly battle. 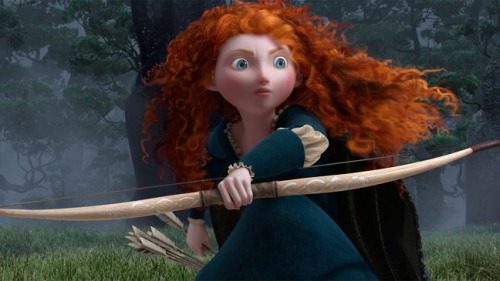 Don’t need no man or no prophecy

It’s also what this fantastic review notes sets Fate/Zero apart from its predecessor, Fate/Stay Night—unlike the first game, which centres around our everyman hero (who, funnily enough, refuses his magical call to adventure before getting dragged into the battle by his ideals and the danger around him, then fights hard, learns some things, gets horribly injured a lot and eventually gets the girl), Zero jumped between all seven teams in the war, leaving the story without an official main character and thus a less concrete idea of who was actually going to win.

The same concept is what has Game of Thrones enthralling so many people—the series had a character that fit all facets of the noble fantasy hero, but then he was spectacularly killed off. With more characters than would fit in a Twitter post, all with startlingly realistic mortality and no real ‘good vs. evil’ element, the audience has absolutely no idea how in the world the epic story is going to end. It’s certainly a hook.

While the fated hero can create tension just as well, there’s always that overhanging element in the audience’s mind where they can reassure themselves that yes, he’s going to make it out of that precarious situation, he has to, because he’s The Hero. I mean, that’s the neat thing about prophecies, isn’t it? They have a fixed outcome. No matter what people, good or evil, may do to hinder them, the wacky wizard is right 99.9999999% of the time.

But hey, it’s escapism at its finest, assuring the mundane members of the audience that at any moment a giant hairy man could burst through their wall assuring them that “Yer a wizard!” Or, assassins will come after you revealing that you’re the secret heir to a magical kingdom, or that a Fairy Godmother will pop out of the ground and give you the tools to woo that rich guy up the road and fling yourself out of your abusive poverty. We all want to believe we’re special.

But there again arises the problem of having insistently special protagonists, who may start out as relatable but really only end up assuring the impressionable audience that they’re only worthy of these grand adventures and grander rewards if they’ve got some magical mystery attached to them. I have to agree with the TED Talks speaker when he proposes we need more stories, especially for children, about people becoming heroes not because destiny says so but because of their skills, the goodness of their heart and their ambition. It’s not only more fulfilling to watch, but it also creates more tension as no great finger of fate has decreed that they will defeat the evil force.

And do we have to have our heroes defeating some great malignant force all the time? Brave had magic and the concept of fate, and was certainly set up by all its advertising material to be a grand magical adventure, but in the end it was about a girl repairing the relationship with her mother (and repairing the fact that she turned her into a bear, but that’s just a side point). Smaller scale, but just as captivating and with just as much heroism and strength in the main character, who also drove the plot with her own decisions rather than having plot thrust upon her.

Towards the end of The Three Doors, Rye gives up on pondering whether he was really the one Meant to receive his bag of magic tricks and shrugs off the concept of magical destiny entirely. Instead, he’s at peace with the knowledge that, whether he was prophesised to or not, he did what he could with the tools that he had and saved the day for the good of the people, and that makes him a greater hero, I think, than if he’d been some sort of Chosen One.

Is the appeal of the fated hero dead, dying? I don’t know, but it’s certainly being given a run for its money by our newly realised love of grey morality and driven characters.

7 responses to “Is Destiny Dead?”