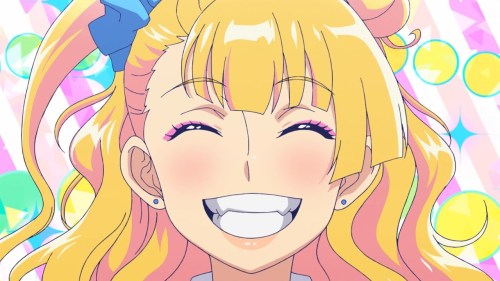 Well, I spent this month having my immune system beaten over the head with a shovel. I think I was bedridden and asleep for a solid chunk of it. Still, I didn’t miss too much news in my mini-coma! For example, the Netflix Death Note movie happened!!

oh my fucking god the reason why Light thinks the name "Kira" couldn't be traced back to him in the shitty Death Note remake pic.twitter.com/biYw4iwHQ9

On a more serious note, some nasty stuff is happening in the world at the moment. It would be facetious not to acknowledge that, even though I can’t really do much about it, much as, of course, we all wish we could. Sometimes the world is too big, too frustrating, too scary, and it all threatens to suck you down its drainpipe, and you watch that whirling precipice approach and think “what am I really doing to help this? What can I, tiny dot in the cosmos, really do to help this?”

Here’s the thing we all have to remember: the cosmos is made up of tiny dots. If I can give someone something entertaining or interesting to read that takes their mind off things for a little while at the end of a hard day, I’ve made the world a little bit better. We’re all saving the world in our own tiny ways, day by day, and the truth is we just have to keep on doing our thing, boats against the current of the despair drainpipe, giving it the middle finger as we swim in the opposite direction.

And so, here’s what I published this month:

Here on the blog:

Secret Women’s Business: Galko-chan vs Stigmas and Body Stuff (in which Please Tell Me! Galko-chan was really, really good, actually)

Clancy of the Undertow: A Delightful and Unconventional YA Protagonist (in which I introduce you all to Clancy, who is my small angry gay daughter whom I love)

Adventures in Asian Drama: My Little Lover (in which a teenager magically shrinks, nobody communicates, and it all somehow ends in a coma and a wedding)

Magical Mondays: Showing, Not Telling in Princess Principal (told you I’d end up writing something about this series, eh?)

I (re)discovered Scott Bradlee’s Postmodern Jukebox recently and it’s been a wild ride going through the whole discography. I will leave you with this cover, a personal favourite, and appropriate for this post since it makes me think of Clancy:

Covers that change the vocalist but not the pronouns, thus making the song No Longer Straight, are one of my understated favourite things. Now, reading material:

In the wake of the Beauty and the Beast “first gay moment” debacle and others like it, here is one writer arguing why creators telling us to “keep an eye out! ;)” for queer characters in their movies does not count as LGBTQ+ representation

Here is a long, but fascinating, article about abridgments and censorship in translations, which opened my eyes to some industry intricacies I hadn’t been aware of before and also made me realise I probably read the shitty original translation of The Phantom of the Opera

Here is the very valid question, put into better words than I could myself, of why the hell the Amazons in Wonder Woman are worshipping Zeus when a) in the comics they have always revolved around a goddess, b) Zeus is such a dick

Here is Dee’s endorsement for Dance with Devils, a… supernatural harem comedy musical that ends up saying some really interesting stuff about romantic fantasies and female empowerment? Damn, I might have to hunt this down

Also from a while ago but always relevant is this piece about the accusation “you’re watching it wrong” and objective viewer experience (also from that blog… apparently The World God Only Knows actually does something interesting and meaningful with its trashy concept by the third series??)

Last but not least, here is a fun Cracked article that suggests, among other silly things, the theory of Mad Max as post-apocalyptic mythology, which I can definitely dig 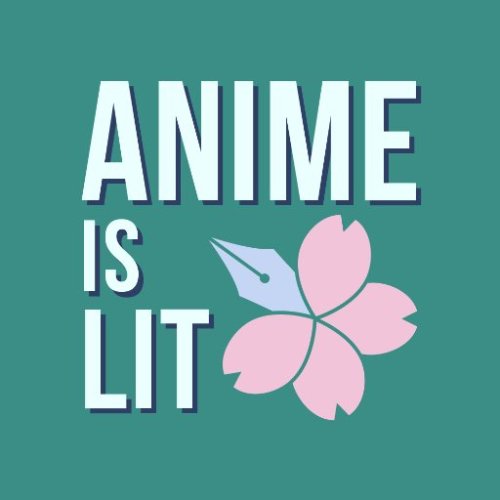 This time ’round I have two new indie pods to recommend: Anime Is Lit, where two friends discuss anime and related media through the eyes of both fandom love and literary criticism; and Manga in Your Ears, where ongoing and completed manga series of similar themes are reviewed and compared. They’re both fun, interesting, easy listening, and have each inspired and intrigued me to add new series to my ever-long list of things I ought to watch/read.

The only curse is that these are both very new, meaning I’ve “caught up” all too quickly and am now waiting for new content like a golden retriever sitting by the front door (if the podcasters are reading this, please, don’t be guilt-tripped by this imagery… but do know that it is true).

As one last link before I go, here is a quiz to discover what gallant illustrious phrase the poet Homer would use to describe you. I got “Giant-Killer”, which is significantly more badass than I was expecting. Life throws you surprises sometimes though, doesn’t it? Maybe it’s a sign I should be more confident.

I want all of my readers to know that any time someone says to me “Hey, I read your blog post and it got me interested in reading that book/playing that game/watching that show you wrote about!” it increases my power by 110%. It’s good to know I’m spreading good stuff around–as I said at the start, that’s all we can really strive to do, isn’t it?