Dying in Fiction 101: Have an Honour Complex

[Hello friends. This post has the word ‘dying’ in the title. Spoilers abound beyond this point.]

Within fiction there are certain codes, ingrained enough in our collective psyche that, hypothetically, if we were to end up stranded in a made-up world, we as geeks and fiction aficionados (I wonder if anyone just rocked back in their chair and went “Ooooooh, that’s where her blog name is from!” ?), we’d sort of know what to do to stay alive.

Because let’s be frank, the fantasy world is a dangerous place, filled with high drama, magic and robots, and overseen by the cackling form of some distant author. And you know those people are crazy. You also know, however, that you’ll make it to the end of your adventure if you’re lucky enough to be the hero. Right? Simply act your good-est and you’ll be fine, since the good guys always win, and they certainly always last until the end.

I hate to be the bearer of bad news, but that may not be the case—in many story worlds, it seems to be the go-to to spectacularly kill off the most quintessentially good characters within. Every time you make a heartfelt mention of honour, justice or chivalry, you may just be stepping closer to your untimely and dramatic demise. END_OF_DOCUMENT_TOKEN_TO_BE_REPLACED

Filed under How To

Why We Like Fiction That Makes Us Le Miserable 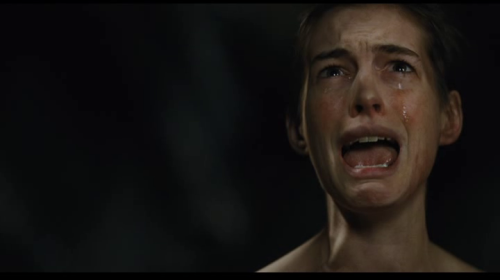 I dreamed a dream and then I diiiiiiiiiiied

When discussing the finalists of a local writing competition, my companion had to point out to me “All the ones that are getting the most points are the ones where horrible things happen.”

True enough, a lot of the finalist stories included themes of death, regret, depression, suicide, madness and other weighty topics, and none of them really seemed to propose that the characters therein or the reader would be having a great fun time. Why were they getting awards, then, she wondered? What drove the judges to stamp their acclaim on the fiction that had broken their heart?

I think this is The Newbery Medal Effect at work, a rule that simply states “If there’s some sort of award sticker on the cover, somebody in the book must die.” If something has gotten acclaim, critical or otherwise, one must assume that at some point it’s going to rip out the audiences’ hearts and grind them under its figurative heels.

I mean, look at my recent escapades into fiction, for crying out loud. I’m waiting patiently for the third season of Game of Thrones, a series notorious for hooking its audience and then pulling the rug of emotional stability out from underneath them. In the words of Mark Oshiro, who inspired this whole ‘consume media and then screech about it eloquently on the internet’ thing in the first place, I am not prepared. And I’ve read the third book, on which it is based, so I know what’s going to happen. This should make me doubly terrified for the trauma that is to come, but really I’m just doubly excited. I am voluntarily waltzing towards emotional pain of both myself and George R. R. Martin’s characters.

Alright Alex, you ask now, is that it? Are you a sadist? Do you like watching people suffer? The answer is that when it comes to fiction we are all sadists by default, because without a certain degree of Schadenfreude in the creators and the audience we wouldn’t have a fiction industry to begin with. END_OF_DOCUMENT_TOKEN_TO_BE_REPLACED