A Wave of YA Book Adaptations (Yay?)

This is not a post musing in a mutter about whether Hollywood is running out of ideas since half the new cinema releases these days are book adaptations, but instead looking at the trend towards the young adult audience within those adaptations. Just this year we’ve had Beautiful Creatures, The Host, City of Bones and The Hunger Games: Catching Fire, with many more in the works and peeping over the developmental horizon. It’s a pretty interesting trend considering before a few years ago movies based on teen books, much less books for teen girls, weren’t so much A Thing, but now the genre is practically booming.

Why is this? Well, much as everyone has mercifully stopped talking about Twilight I think it’s worth a mention here—Harry Potter too, for being the first to take on the ambitious project of adapting an entire series of seven books (that turned into eight movies), which was a ridiculous feat when it first came out, but now every other series seems intent on following suit. But Twilight stood out as being the first major adaptation of a YA series geared specifically towards girls (not that guys can’t enjoy the saga too, of course… Bella’s so wonderfully bland that inserting yourself into her shell is really rather gender neutral), going on to draw legions of devoted and new fans, casually ruin Robert Pattinson’s life and make squillions of dollars. And while they were at it, prove that adaptations of YA novels made for and led by teenaged girls can be successful, which opened the doors for a flood of new productions.

Which is pretty awesome, because if there’s one thing this little everyman media critic never turns down it’s mainstream fiction with strong female characters, especially those of the coming of age variety which, classically, is a pretty male-dominated field. It’s also interesting to note that a lot of these adaptations are of urban fantasy series, which makes sense because they contain a lot of visual splendour and action that would translate well to the screen. It’s opening up the field for new talent and injecting imagination into the stream of blockbuster releases. It’s great, but is it entirely a good thing? Well, let me bring out my scales. END_OF_DOCUMENT_TOKEN_TO_BE_REPLACED

Tagged as Beautiful Creatures, City of Bones, Harry Potter, The Fault in Our Stars, The Host, The Hunger Games, The Mortal Instruments, Twilight, Vampire Academy, YA fiction

Friendship is Magic, So Where’s It All Gone? 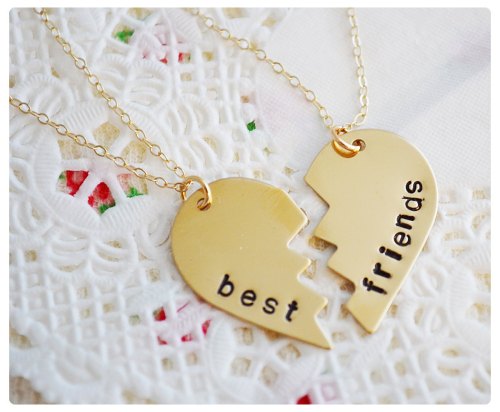 Shot through the heart…

(Also published on Feminspire doot doot look at me go)

Over the years that would fit into the Young Adult section of the bookshelf of my life, I received most of my drama from my platonic relationships. Friendships blooming, crashing, tearing themselves apart from within and being hacked to pieces by outside forces formed the basis of the emotional plot of my pre-teen and adolescent years, much more so, in any case, than the stories created by crushes and romantic entanglements. I have little doubt that this is true for a lot of people, too—which is why I find it strange that so many stories aimed at the YA market choose to completely avoid friendship as a source material.

Most books have a romantic element, this much is true—the addition of a love story intertwined with (or shoehorned into) whatever other plot that is going on adds a more human and emotional element to the story, giving the readers more opportunity to empathise with the characters at hand and add the wonder of how their relationship is going to end up to their emotional hook to the story.

Now, this is all well and good on its own, but there seems to be a recurring trend where these love stories are the only relationship-based plotlines for the main characters. Which is odd. How many people can say that their boyfriend or girlfriend is the only major relationship in their life? What about their families, mothers and fathers, brothers and sisters? There’s plenty of room for growth and plot there. And most prominently, what about their friends? END_OF_DOCUMENT_TOKEN_TO_BE_REPLACED

Tagged as friendship, Love, relationships, romance, The Hunger Games, The Mortal Instruments, Twilight, YA, YA fiction

Love Triangles and Other Irritating Polygons

It’s an epidemic. When people have a series on their hands dealing with great science fiction-y or supernatural drama, something clicks somewhere in their minds that they have to have some human-based drama to balance it out.

Sideplots are excellent ways to develop characters and show the human side of all the ruckus going on, be it an alien invasion, fight for the freedom of a dystopian world, vampire war or rise of demonic forces.

And then they think, how about a love triangle?

This is less good.

This is not an attack on all love triangles in fiction, but merely me falling to my knees and crying to the sky Why? Why are they the automatic go-to plot element used to give characters a story of their own? Can’t we think of other ways to develop characters and add extra drama without having the heroine (and it’s usually a heroine) caught between two babes? END_OF_DOCUMENT_TOKEN_TO_BE_REPLACED

Tagged as love triangles, The Hunger Games, The Mortal Instruments, Twilight, YA fiction

Adaptations are Not Your Enemy

A fan’s train of thought takes a certain journey when it is announced that a favourite work of theirs is getting a movie of it. First, it sets off at a happy chug down the track of excitement and joy. At last, your adored series or book has gotten the recognition it deserves and the awesomeness it contains shall be displayed upon the silver screen to be embraced by a wider audience! You’re going to see all those great scenes come to life, those characters you love become three-dimensional in front of you, and the world and setting be mapped out visually in all their splendour.

And then with a clunk the track shifts and the course diverts — what if they screw it up? What if they leave out important bits? What if the characters don’t appear like you had them in your head? What if it gains a less cultured movie-going fanbase who don’t appreciate the intricacies of the book? The horror!

Note: I have never had that final worry, but for many it’s a legitimate fear. (Just look at all the Hunger Games fans weeping over the newcomers who have only seen the movie and have no idea who Madge is.)

We’re seeing a lot of adaptations lately. I dare not suggest that Hollywood are running out of ideas, and lean instead towards the possibility that many good books are simply being recognised as just that, and so the story is lifted from the page to become a good movie.