The Wonderful and Disastrous Art of Fan Pandering 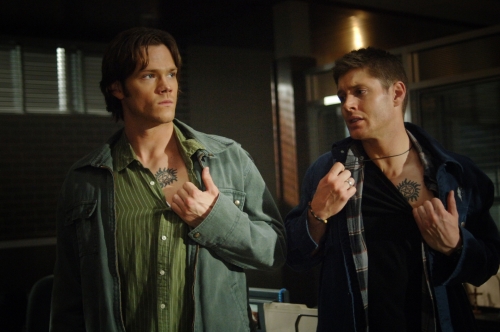 I’m talking about fan service again—not so much the “oh look, boobs!” fan service but pandering to fans on a textual level. Which is an odd thing to say, since every piece of fiction is written for an audience, and showrunners of ongoing series are smart to listen and react to that audience, as it can let them know what the fans are enjoying and finding problems with. This age of communication and breakdown of barriers between creators and consumers (think Twitter interactions and mainstream access to conventions and panels etc.) is giving way to a new breed of fiction, which can much more effectively be improved and aimed to its audience. However, there comes a point where one has to ponder if waving to that pre-established audience and giving them what they ‘want’ has gotten in the way of the story you were trying to tell.

Supernatural has announced that it’s doing a “musical-ish” episode for its 200th show. Well, the creative team has announced that—Supernatural is many things and by this point a giant heaving clusterbomb of convoluted fan-creator connection, but I don’t think its gained sentience yet. Anyway, I only know of this because I’ve seen fans delighting over the announcement, and also know from watching that same circle from the periphery that a musical episode (inspired by Buffy the Vampire Slayer’s famous ‘Once More With Feeling’) is something fans have been speculating on and wishing for for a long time. It seems their words have been heard. I’m not going to peer too much at the Supernatural team for this since they’ve done plenty of ridiculous stuff and at 200 episodes something like this is a reward for sticking around through all of it. But I do have an issue with the practice of gift-wrapping tossed-around fan ideas and publishing them.

In case anyone’s wondering, I’m still mad about Sherlock season three. I have no shame in admitting I adored the show at its beginning, but I have even less in declaring I now find it a self-congratulatory swamp of silliness. The entire third season, though this is an oxymoron, felt like fanfiction of itself. The focus shifted from the compelling mysteries (the point of the show, its plot spine) to more domestic and character-central plots, including a whole episode devoted to Sherlock’s Best Man speech (and also John’s wedding, I guess, but Sherlock’s orating seemed to take up the entire thing) and so, so much glimmering emphasis on the unbreakable bond between the detective duo despite John quite rightly being furious with Sherlock at the start. Because JohnLock is alive and real, and their interactions are what the fans want to see, right? END_OF_DOCUMENT_TOKEN_TO_BE_REPLACED

I went to see The Hobbit recently, or rather, The Hobbit Part One: An Unexpected Journey, which takes much longer to type and is rather pointless when people know what you mean anyway. It was enjoyable enough as a rollicking little family fantasy adventure, and I left the cinema glowing from the short bursts of nostalgia it had delivered. And, of course, wondering when the next part was going to come out. 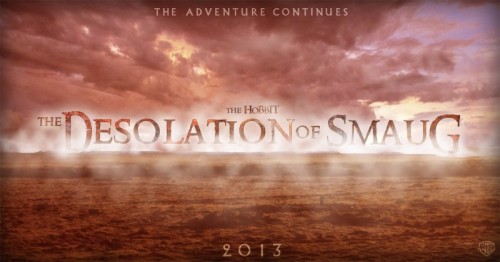 Where the dragons at?

The Hobbit is going to be split into three movies. Even after watching the first one and acknowledging that it would have felt painful and rushed had they crammed the entire book into one film (as my writing buddy and Supplier of Fun Facts tells me, a completely unabridged feature film of the average 50 000 word novel would go for around six hours), I thought that inducing mitosis on the films was a bit ambitious.

But then I remembered that the film culture we have at current is one that expects three billion sequels for everything anyway. END_OF_DOCUMENT_TOKEN_TO_BE_REPLACED