That Thing with Disney and the Faces 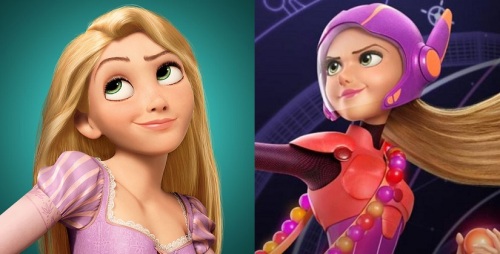 Remember when Frozen first came out and the portion of the Intertubes passionate about such things got into a long and detailed fight over whether or not the two new princesses had exactly the same facial design, and as well as that, the exact same facial design as Tangled’s Rapunzel? Well, the argument is back with the newly released posters for Disney’s upcoming CGI movie Big Hero 6, which features all sorts of characters (many of whom have been race-bent away from their original ethnicity, but that’s another kettle of fish), including a white blob in a suit, some superhero kids, and a girl who looks almost exactly like Rapunzel.

Well. This is no longer something that even needs to be argued about, it’s just kind of awkward at this point.

There are some interesting things at play here. “Same Face Syndrome” is a well-known and somewhat damning phrase in the art and animation world, meaning, naturally enough, that all of your character designs have the same face. It’s something, as far as I understand, that’s either associated with beginning artists still getting comfortable with their style and reusing the strokes they know best (fair enough), or, at this point, big industry movies trying to make their princesses look pretty (less fair enough). As this artist points out, it’s much more associated with female characters—Elsa and Anna may look very similar, but the argument that the Frozen character designers were simply conforming to a certain aesthetic falls through a bit when you look at the two male leads of that movie, who are both meant to be handsome but ended up looking very different. So, what, princes and bad guys can be designed differently but pretty, likeable heroines can’t? END_OF_DOCUMENT_TOKEN_TO_BE_REPLACED

Screw “Anything is Possible”: Magic and Rules 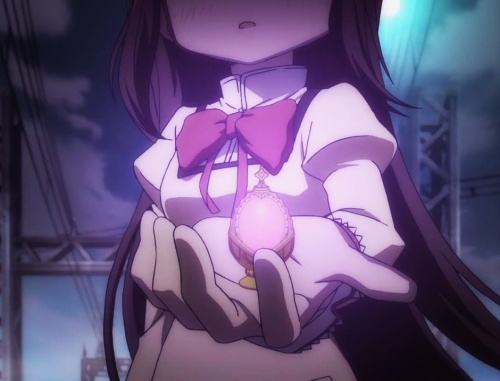 “You see this? The author’s going to geek out about this for the next 1k words”

“But it’s magic. The entire point is it doesn’t have to make sense!” This is the logic of my sister’s counter-argument after we saw Frozen a few weeks ago, where I came to realise that not everyone who goes to see movies does so with their literary analysis brain switched on. Some people don’t even have literary analysis brains, and don’t think deeply and examine and obsess over most things they watch or read. Good lord, how do they do it? That’s beside the point. My argument was that the magic in the movie didn’t make sense, which was met with the perfectly valid rebuttal that well, magic is unrealistic as a matter of course, it being magic. Yet is that the way it should be thought of? I say no.

If what we call magic was real, it would just be another science. In the fictional worlds it functions in it’s perfectly accepted by those who know about it as part of the natural world, thus it should work with at least a set of vaguely scientific rules. Yes, we’re already expected to suspend our disbelief to enjoy a story where people can be turned into frogs, but that should only go so far. Magic without rules is random and unpredictable and therefore any plot point it has anything to do with will feel like it’s been pulled out of the writer’s behind. It’s also pretty boring. If your magic can do anything, where’s the tension?

Magic in a story makes things awesome but it should also make things scary, suspenseful and you know, everything that makes a story. Most people who offer advice on this kind of thing recommend that magic creates more problems than it solves, otherwise it just becomes a fix-all solution and there’s no question of how things are going to end since you know the wizard’s going to snap his fingers and set everything right. Magic with thought-out rules, however convoluted or simple they are, is what really makes things interesting. For example… END_OF_DOCUMENT_TOKEN_TO_BE_REPLACED 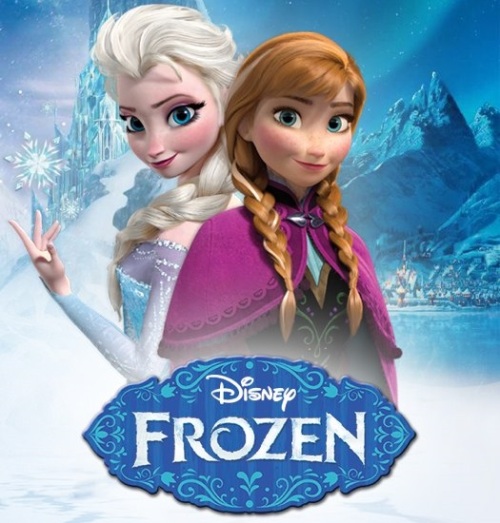 Who are you people? Are you the heroes of this movie? Why do you have the same face??

Kids’ movies are a formative influence. Anyone can tell you that. Everyone has that one movie they watched to death when they were young, practically memorising the entire script and score, absorbing the main characters into their personality and wearing down the video tapes until they caught fire. Among other things, this is why it’s so important to create good role models (for girls and boys alike) and powerful stories within these movies, especially if you’re a big influential studio like Disney, who lately has a weird habit of simultaneously capitalising on and denying the existence of their star female characters.

Mulan was my movie and Disney heroine of choice. Conventional princesses were all very well, but I never really connected with them, or superficially admired their tales that much. I looked up to Mulan, not only for being clever and strong and being able to handle a cool sword but because I watched it with my dad a lot, and I think on some level I sort of saw us in the story. Given his Chinese linguistics and history background and involvement in martial arts, I think he enjoyed it too, more than other Disney movies he was, as a gracious parent, inevitably forced to watch ad nauseum. And Mulan deeply admires and loves her father, then goes and protects him like a total boss, and young me really dug that. But, on a less personal level, I think I just enjoyed Mulan because dad-plot or not it was a gosh-darn girl power story, about her and how much ass she kicked.

I could go on forever about the infinite kickassery of this movie and Mulan herself and in doing so revert to my eight-year-old self, but I want to come back to the business of titles: immediately it’s evident, from looking at it, that this story is about Mulan. As well as driving it, it belongs to her, with her name emblazoned on everything and brought up in glowing full-screen glory in the opening credits. There was no question anywhere, this was a film about a kickass lady and Disney was not afraid to tell anyone that. END_OF_DOCUMENT_TOKEN_TO_BE_REPLACED

Tagged as Brave, Disney, Frozen, Mulan, Pixar, Tangled, The Princess and the Frog

Mother of a Representation Problem

Ever notice that 99% of the mothers in kid’s movies are dead?

There are reasons for this, I guess—it eases the viewership into a lesson about loss and life, opens the gates for evil stepmothers to stroll in and start wreaking havoc and kind of makes sense given the medieval setting of a lot of the fairy tale-based ones, where surviving past childbirth was rare and only the beginning of your troubles. And, of course, stories about the relationship between female characters are no good and totally don’t sell, so you may as well shuffle off as many as you can to begin with.

Killing off or removing the traditionally steadfast and secure emotional rock of the mother figure is the starting block of plots all over the spectrum, from sitcoms to high dramas. It leads the protagonist, in whatever form, down the “leaving the nest” part of their coming of age story as they have independence thrust upon them, or are caught up in the mess ensuing from their loss (because the mother is often expressed as the sympathetic and wise one who knows how to handle all that mushy stuff, and without her naturally the family falls into disarray. Because of you know, like, motherly reasons. It’s in the female’s hardwiring). 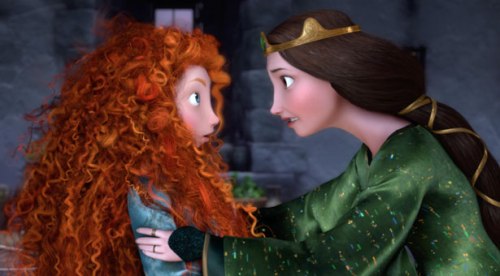 Which is all well and good, but after a while you get used to the formula and wonder, if only for curiosity’s sake, where on earth the genderflipped version is. END_OF_DOCUMENT_TOKEN_TO_BE_REPLACED