Stranger Things’ Problem with Female Friendships (and How Season Three Can Fix It, Please, For God’s Sake)

The trailer for Stranger Things season three is out, and I am slightly bewildered by how much hype it instilled in me. For the promise of new even spookier monsters, sure; for the atrocious psychedelic magic of the ‘80s aesthetic, absolutely. But what has me most excited is not any of that but a few small character-based cuts: images of Eleven and Max hanging out, being friends. And why does that excite me so much? Because it (potentially) heralds a shift away from one of the most frustrating aspects of the series: for all its focus on relationships, Stranger Things has historically been really meh when it comes to depicting them between women. END_OF_DOCUMENT_TOKEN_TO_BE_REPLACED 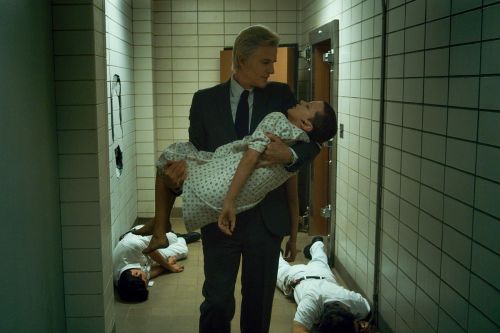 When people ask me if I enjoyed Stranger Things, my response has to be “Well, it wouldn’t usually be my thing, but somehow I watched the entire thing almost in one sitting, found myself gasping or shouting at it more than once, and will be haunted by that menacing synth music for years to come… so I guess it’s doing something right.”

One of these somethings has to be the character writing, which creates fictional people compelling enough to keep you hooked even if the story itself is based heavily on tropes we’ve seen many times before and probably wouldn’t make the show stand out on its own. Most of the main cast are interesting and layered in their own ways, and are put together with what I think is a very neat amount of technical skill, chiefly surrounding that age old writing mantra Show, Don’t Tell.

For instance: at no point do we ever need to be told that Jim Hopper is a human disaster with a tragic past, because this information is handed to us on a silver platter of visual coding. He has the neatest establishing character moment in the series, I think, which paints a picture of his basic personality and contradictions and hints to his backstory, light-handedly enough to be intriguing and plain enough to demonstrate all the details the audience needs to know about this guy to progress headlong into the story. We see a child’s drawing pinned in pride of place on the wall, which is then panned away from to show a messy kitchen, even messier living room, the TV still on, and a scruffy, displaced looking man sunken into the couch. There’s no dialogue, just Hopper peeling himself off the sofa, completing his morning routine interspersed with sips of beer, deep “pull yourself together man” sighs, and about fifty cigarettes. And then this addiction-soaked splatter of a man who conked out without even having the energy to turn the TV off puts on a sheriff’s uniform. END_OF_DOCUMENT_TOKEN_TO_BE_REPLACED