Fall of the Divine: the Power of Belief as a Story Device 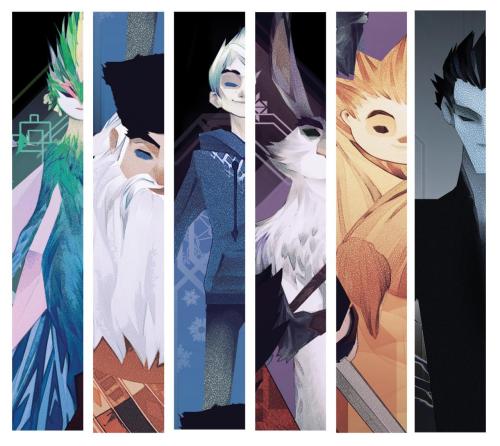 I finally got around to watching Rise of the Guardians—such an arduous, complicated task it is to sit down and watch a movie, I know. In any case, I can now join in WB’s adoring mouth-frothing over the visual spectacle that is this animated delight, and sit and ponder the key concept of film, which is one that I’ve noticed popping up all over the place.

The Guardians, for the uninitiated, are a crack team of magical spirits tasked with protecting the children of the world—Father Christmas, the Easter Bunny, the Sandman and the Tooth Fairy, joined reluctantly by a mischievous and somewhat angsty Jack Frost. The great evil this squad of awesomely re-imagined childhood heroes is combating is Pitch the Nightmare King, alias the Bogeyman, who’s crawled out of the woodwork with a flourish and is concocting a plot to do away with the Guardians and snuff out all the hope in the kids of the world.

And how does he go about this? Why, by destroying the children’s belief in them. The entire reason Pitch is so bitter and fabulously maleficent is because kids stopped believing in and fearing him, causing him to lose power and fade into the shadows. He can’t be seen or touched by humans, but he can swan around blasting us all with Jude Law’s evil monologues, and he can defeat the Guardians by killing the idea of them.

This is the idea that fascinates me: the concept that belief in something gives it power. END_OF_DOCUMENT_TOKEN_TO_BE_REPLACED