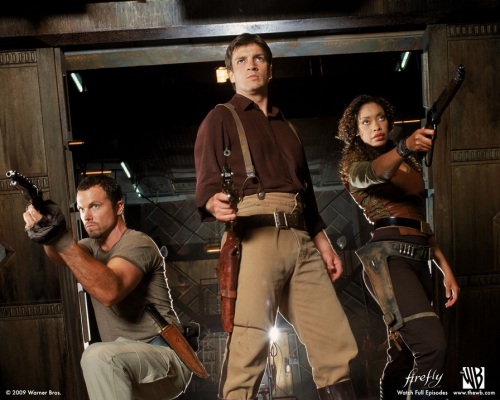 Everyone loves an unscrupulous rogue. Our pop culture features entire space fleets worth of bounty hunters, enough hired guns to fill an armoury and a half, armadas of pirates and assassins everywhere; there are whole creeds of the buggers. It’s an assassination fascination. What exactly draws us to these dangerous and unlawful archetypes? Surely, by all logic, we shouldn’t sympathise or hold such an interest in people—fictional or otherwise—who could and would kill or bundle us off to our enemies if someone paid them to.

Though, as previously discussed, everyone loves a villain, and people deliberately disobeying the laws and moral values we’ve had ingrained in us are fascinating to watch precisely because they’re so removed from the everyday life we lead and the stuff that we ourselves would do. Then again, the fictional mercenary manages to be wrangled into a sympathetic kind of person a good two thirds of the time. It’s amazing how often hired killers or thugs can be turned into the heroes (or at least the enjoyable protagonists) of the stories we love. Maybe, even before we discover a potential tragic bloodstained backstory, we feel an immediate connection with someone on the other side of the law, since it immediately makes them an underdog—especially if The Law is evil and scary, like the Alliance in Firefly, and our rouges-for-hire are imbued with a much better sense of humour and badass coats. It’s pretty easy to start tugging the strings and make us switch our traditional notions of who to root for.

Of course, there are plenty of terrifying and genuinely villainous assassin and hunter characters about, but it’s interesting to note how fond we are of taking this career umbrella—killing, harming and evading the law and everyday morals for money, something most of us audience-folk would find unthinkable—and turning them into lovable good guys. Hell, they’re even the stars of comedies. Think Grosse Point Blank for romance, about a hired gun at his awkward high school reunion. Think Cowboy Bebop for a flatshare comedy: essentially about a group of clashing characters crammed into a small space(ship) and forced to work together with various episodic hijinks along the way. The basis for any dramedy, except that it grabs your attention by promising two out of five of these conflicting roomies to be bounty hunters, con artists and ex-killers (the other two, for reference, are a fluffy-haired hacker and a corgi). END_OF_DOCUMENT_TOKEN_TO_BE_REPLACED