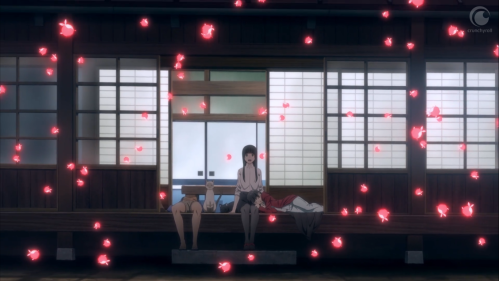 Doing a lot of research means doing a lot of reading, which means the idea of doing more reading in your spare time kind of makes your eyeballs want to roll out of your head and boycott. So this year, when I felt like diving into fiction for fun, I found myself gravitating to visual media more than novels—and thus, as I’m sure you’ve noticed if you frequent this blog, I ended up watching a lot more anime than usual. It’s barely any compared to the people who routinely keep up with multiple shows coming out every season, but hey, from what I have dug through this year I’ve discovered some real gems.

It’s nothing as comprehensive as a Top Ten or a year in retrospective, simply series that I completed that I would (even with the caveats noted) recommend to other people. And without further ado, here they are: END_OF_DOCUMENT_TOKEN_TO_BE_REPLACED

Love, Chunibyo, & Other Delusions: A Silly Yet Heartbreaking Story About the Power of Geekdom

It’s a universal fact that everyone is at least a little bit embarrassed by what they did when they were thirteen. Was it a misguided and poetic emo phase? An overzealous leap into fandom, including indulgent fanfic or fanart? An all-consuming desire to be seen as mature in your tastes that ended up just making you look pretentious? Whatever it is, despite how much this passion consumed you at the time, you’d be happy if no one ever brought it up ever again—that’s how much it makes you cringe.

There’s a Japanese word for this: chunibyo, loosely translating to “eighth-grader syndrome”, the stage of life where a sense of self-importance and newfound independence combines with passion, imagination, and a desire to be seen as special, whether that manifests as a pretentious geek phase or believing you have magic powers. It’s this phenomenon that is the core of Love, Chunibyo, and Other Delusions—a show that begins as a wacky comedy about high school embarrassment and ends up punching you (or at least, this reviewer) in the gut with a poignant story about grief and growing up.

Head to Lady Geek Girl and Friends for the full post!