Queer YA Spotlight: The Lost Coast

Premise: The Grays are a tight-knit coven of teen witches, until their most charismatic and talented member, Imogen, walks into the woods one night and comes back a shell of her former self. The Grays cast a spell to summon someone, anyone, who might be able to help, and into town wanders Danny, a girl with a strong sense of yearning but little sense of where it’s always been trying to take her. Danny is ecstatic to find the witches and win their approval, but as the mist thickens and the ancient redwood forest fills with dead boys and disappeared girls, time is running out to discover her inner magic and find what’s left of Imogen.

Rainbow rep: a queer ensemble cast, including a self-described queer lead, a bisexual witch, a non-binary ace witch, and multiple f/f romances; many explorations of queer themes like found family and the search for a place to belong.

Content considerations: discussions of homophobia, including a character being kicked out by her parents; brief discussions of terminal illness and parental death; brief (but often poetic rather than graphic) descriptions of dead bodies.

There is magic running through the heart of The Lost Coast. Every sentence feels like it was carefully crafted to create a certain atmosphere, sometimes warm and welcoming and sometimes otherworldly and haunting. Sometimes both. The words are woven like, well, a spell: light acts like liquid, silence falls like snow, and the settings—from scrappy rental cabins to the ancient looming haven of The Lost Coast’s redwood forests—come to life with such vibrancy you feel like you’re there.

END_OF_DOCUMENT_TOKEN_TO_BE_REPLACED

Tagged as AR Capetta, LGBTQ+, queer YA, The Lost Coast, YA, YA fiction

Queer YA Spotlight: Out of Salem

Premise: in an alternate 1996 where magic and monsters are a fact of everyday life, fourteen-year-old Z has died in a car crash and awoken as a zombie. Orphaned and ostracised, Z searches for a cure to their state of decay, and along the way befriends Aysel, a fellow misfit who is keeping her lycanthropy under wraps. Secrecy becomes ever more important for these monster-kids as anti-werewolf sentiment builds in their town, following the mysterious murder of a doctor who was performing electroshock “therapy” to try and disconnect fey and monsters from their magic.

Rainbow rep: a non-binary protagonist, a lesbian werewolf (a girl werewolf! That on its own is exciting!), and a queer supporting cast including lesbian selkies, trans werewolves, and sort of gender-ambiguous shapeshifters.

Queerness and “monstrosity” have intertwined plenty over the years, both for good and ill. Monsters, after all, so often represent some sort of social Other, some sort of values or behaviours or appearances that does not suit the dominant norm and is thus frightening to people who do fit into that norm. Vampires, werewolves, shapeshifters, witches, the undead, are all liminal and transitory and odd in some way or another, so historically they have often been queer-coded as a shortcut to showing their villainy. However, many LGBTQIA+ folks have taken these queer monsters as their own, and felt a strange affinity for folklore, creature features, and the general landscape of the Gothic and the frightening. Out of Salem understands this connection with its whole heart, and it makes for a story that’s both harrowing and heartwarming.

END_OF_DOCUMENT_TOKEN_TO_BE_REPLACED

Tagged as Hal Schrieve, LGBTQ+, Out of Salem, queer YA, YA, YA fiction

Queer YA Spotlight: Laura Dean Keeps Breaking Up With Me

Premise: Freddy is dating the charismatic, enigmatic Laura Dean, and she couldn’t be happier… except that she could be much happier, because Laura Dean keeps finding ways to make her miserable. Yet, like magnets, Freddy and Laura keep getting back together. As Freddy becomes increasingly alienated from her friends, and not even seeking advice from columnists or back-room psychics seems to help, she’s going to have to find the power within herself to reassess her priorities and find her true happiness.

END_OF_DOCUMENT_TOKEN_TO_BE_REPLACED

Tagged as graphic novels, Laura Dean Keeps Breaking Up with Me, LGBTQ+, queer YA, YA, YA fiction

Queer Allegory and Queer Actuality in Every Heart a Doorway

The portal fantasy subgenre and its themes of displacement, liminality, and “strange” children coming-of-age in even stranger otherworlds, has been read queerly by many readers across its history. From foundational academics like Alexander Doty to contemporary authors like A.J. Hackworth, many have noted the thematic and allegorical undercurrents in the portal fantasy that resonate with, and provide valuable escapism and catharsis to, young queer readers.

Seanan McGuire’s 2016 novella Every Heart a Doorway takes a playful, metatextual approach to the portal fantasy, not only by interrogating its tropes and history but by unambiguously portraying queer characters in the genre. By giving her fantasy narrative to a cast of explicitly queer characters, McGuire acknowledges the queer resonance that has long been present in the genre and brings it to the surface of her work, creating a dual-layer of queerness in the text that interweaves magical metaphor with textual LGBTQIA+ representation.

Read the full paper (open access, babey!) on Writing From Below!

Tagged as Alex yells at their thesis, Every Heart a Doorway, LGBTQ+, queer YA, Wayward Children, YA, YA fiction

My Next Life as a Villainess: All Routes Lead to Doom! has quickly become renowned as something of a bisexual power fantasy. Its protagonist, Catarina Claes, is transported to a fantasy world in which she finds herself at the centre of a multi-gender love triangle—or perhaps love octagon is the better term—and the series treats this perfectly matter-of-factly.

Never does the narrative, or any of the characters, bat an eye at the fact that girls and boys fall for Catarina (and that, even if she can’t quite put a name to her feelings, Catarina herself seems equally flustered by attention from both). In fact, the way characters interact, background details, and the general framing of the narrative all add up to make the world of Villainess itself seem oddly, and refreshingly, queer-friendly.

In speculative fiction, there is still an ongoing convention that fantasy worlds that take inspiration and aesthetics from history must include real-world prejudices or erase certain groups entirely in the name of a certain vision of “historical accuracy.” The truth is, fantasy world-building is a chance for writers to play with convention and provide escape from those prejudices, and imagine a world of their own making where they do not exist. At a glance, the setting of Villainess could be such a place.

Read the full article on AniFem!

Tagged as AniFem, LGBTQ+, My Next Life as Villainess: All Routes Lead to Doom!

The Power of Whimsy and Magic in Queer Stories 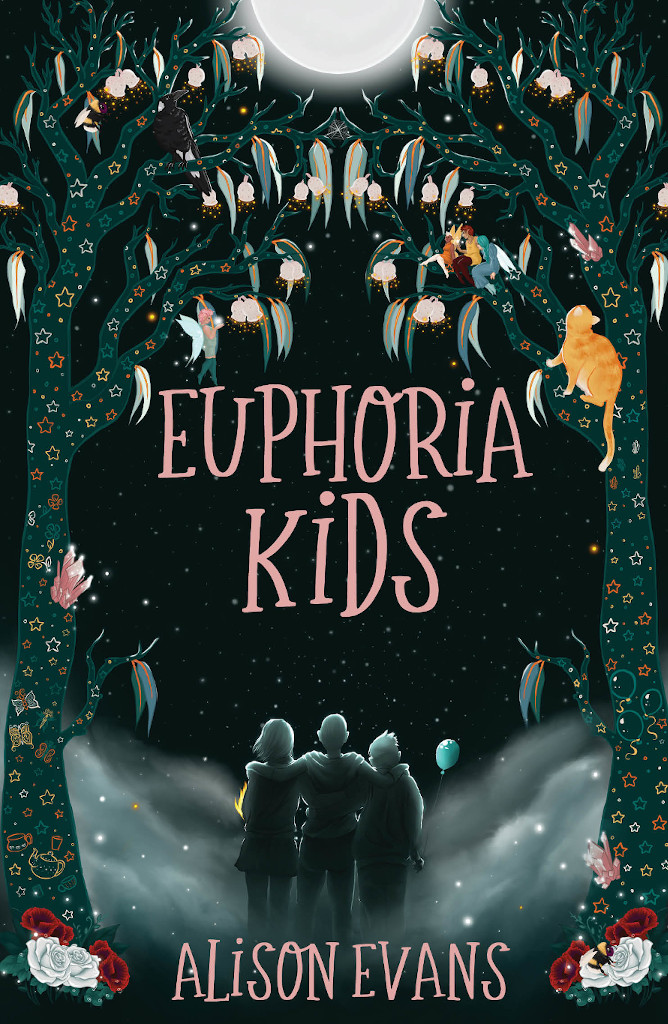 Before the rose was there, the garden was full of moss. I started as a seed under it, waiting for the right time to sprout. Clover waited, and waited, and tended the garden, and didn’t listen to anyone who said she should give up. Moss, my other mother, she waited too. But Clover was the one who came out every morning and told me about her night, what she was planning on cooking that day, how Moss was going. […]

When my first two leaves emerged, Moss and Clover knew I would be okay.

I didn’t mean to be a strange baby made of plants, but it hasn’t caused any problems.

So begins Alison Evans’ Euphoria Kids, with the narrator, Iris, matter-of-factly regaling us with the tale of the beginning of their life: intermingled wordlessly with magic and a kind of dream-logic bizarreness, and intermingled effortlessly with queer love and affection. This sets the tone for the whole book: a dreamy, whimsical tale of understated magic that is almost rebelliously committed to letting its protagonists be. END_OF_DOCUMENT_TOKEN_TO_BE_REPLACED

Tagged as Alex yells at their thesis, Alison Evans, Euphoria Kids, LGBTQ+, queer YA, Studio Ghibli, YA, YA fiction

Queer YA Mini-Reviews: Heroes, Heartbreak, and Heists (in Space!)

Reviews, reviews, reviews! I keep writing them because I keep reading absolutely fantastic queer books! This time round I’m delighted to recommend these three, featuring superhero conspiracies, adventures in outer space, and the emotional tale of a friendship falling apart. Read on… END_OF_DOCUMENT_TOKEN_TO_BE_REPLACED

Tagged as Amy Spalding, C.B. Lee, LGBTQ+, M.K. England, Not Your Sidekick, queer YA, queer YA mini reviews, Sidekick Squad, The Disasters, We Used to be Friends, YA, YA fiction

I Can’t Believe I Care This Much About Marvel Again (A Review of Loki: Where Mischief Lies)

I’ve made my exhaustion with the Marvel Cinematic Universe quite public in the last little while. It just got so big, so convoluted, so self-conscious and yet so self-congratulatory. Which is a shame, because there really is some good stuff in there, and a lot of potential for fun… as this book reminded me, coming out of left field and smacking me over the head with an emotional investment in a slice of the Marvel world. Loki: Where Mischief Lies (penned by Mackenzi Lee, most famous for her queer historical YA) is a gorgeously written, tightly plotted tale of gods and magic that contains just the right amount of hijinks, and contains a frankly graceful rendering of Loki that gets right what makes his character so interesting and so likeable… and, as a bonus, he’s not at all heterosexual. Having picked this up for work and gone in with very few expectations, this book blew me away, and I am so delightfully baffled that it gets its own post. END_OF_DOCUMENT_TOKEN_TO_BE_REPLACED 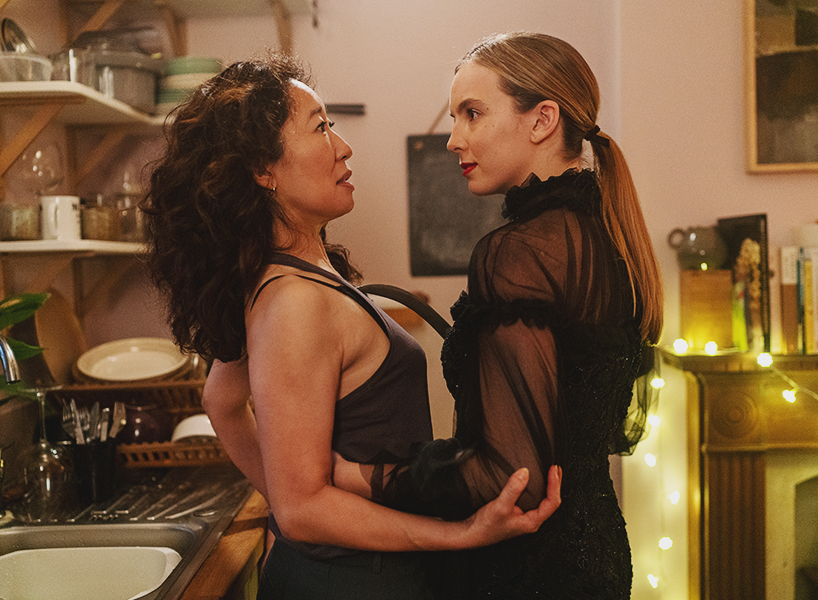 Today I want to talk about a thrilling, dynamic piece of media—a gripping cat-and-mouse, cloak-and-dagger tale of espionage centred around the relationship between a notorious villain and the agent intent on hunting them down, two characters who get irreversibly tangled in one another’s lives until the edges between fascination, rivalry, and romantic tension become increasingly blurred.

I am, obviously, referring to the music video to Miiike Snow’s ‘Genghis Khan’.

END_OF_DOCUMENT_TOKEN_TO_BE_REPLACED

And we’re back with the first trio of mini-reviews for 2020! This field continues to be a vibrant, diverse, very fun place to read: this time round we have a crew of Australian teenagers fighting off zombies, a summer camp romance, and a sci-fi-fantasy genre-blend with all the cogs and clockwork you could wish for. Read on for the thoughts and reflections… END_OF_DOCUMENT_TOKEN_TO_BE_REPLACED