Hyouka and the Jerk-Genius Detective Trope 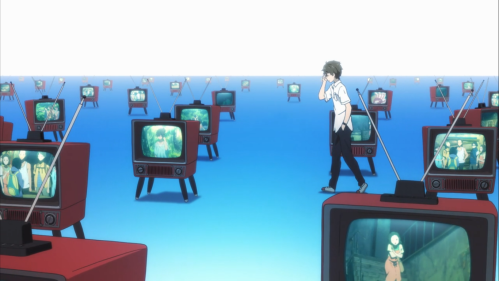 Hyouka is a series about solving mysteries, but it’s also a story world where mystery novels exist, so naturally they come up in conversation. Protagonist Oreki shows little interest in whodunnit books like those by Arthur Conan Doyle or Agatha Christie, but this is understandable because Oreki doesn’t show much interest in anything—in fact, his motto in life is “If I don’t have to do it, I won’t. If I do have to do it, I will do it while expending as little energy as possible.” His best friend Satoshi, by comparison, is much more engaged with the world and with things generally, and in this particular case, is vocally interested in the Sherlock Holmes stories. Oreki asks him if he’d call himself a “Sherlockian”. Satoshi looks a little awkward and says no, he wouldn’t.

Now, this is Satoshi being humble because he’s not as much of a superfan as he could be, but because my main association with the phrase “Sherlockian” is the fandom for the BBC series Sherlock, my first thought was that he was actually embarrassed about having a blog and an AO3 account dedicated to the Steven Moffat show. And that funny little thought inspired me to rewatch this video essay about the many pitfalls of Sherlock—one of which is the show’s utter unflinching reverence for Sherlock Holmes himself, in all his glowing embodiment of the “emotionally detached, logical, and actually a real jerk, but we all love him because of his mega-genius detective skills” trope. And that got me thinking about Oreki, who is very much the Holmes of Hyouka. Yes, Oreki, mister “I don’t care about anything, but I’m good at solving puzzles so people admire me, especially that cute girl over there” himself.

By all rights he could have been just one more obnoxious example of the jerk-genius archetype that has evolved from Holmes, but interestingly Hyouka’s narrative makes a conscious effort to steer him away from it. That same arc with the “Sherlockian” conversation takes a wonderfully meta dip into mystery stories and their revered problem-solving protagonists, and in the end points out that this is nothing worth aspiring to—which ends up being a fun bit of genre play as well as great step in Oreki’s character development. END_OF_DOCUMENT_TOKEN_TO_BE_REPLACED 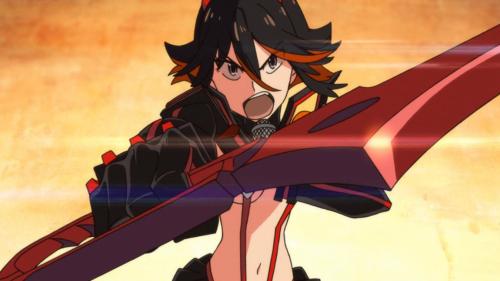 A note before we begin a somewhat lengthy, ponderous and example-filled post: I make an effort not to generalise when talking about anime since it’s a medium rather than a genre, with the same range of content between high fantasy and slice-of-life sitcoms that Americans and Europeans find in their live-action TV. However, for the purposes of this article I do note that a lot of the same cultural conventions remain the same throughout anime series, understandably enough—a lot of them have a similar sense of humour and values and will be affected by the climate that they were made in and the audience they’re made for. And in this case, whether hard-hitting or escapist, that is the teenager. END_OF_DOCUMENT_TOKEN_TO_BE_REPLACED