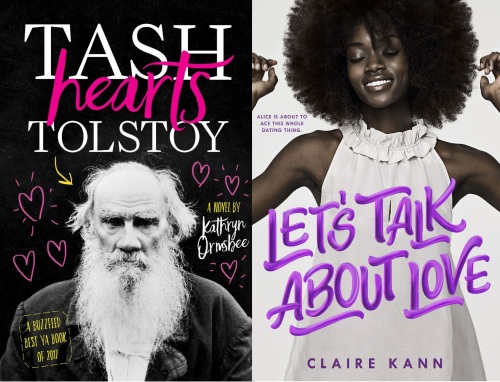 Sex is considered an intrinsic part of being human, and the development of a relationship with sex and sexuality an intrinsic part of growing up. This societal narrative leaves people on the asexual spectrum—those who do not experience sexual attraction—on the margins and considered abnormal. This can have an especially negative effect on asexual adolescents who are not experiencing the ‘rite of passage’ that is sexual desire and experimentation with sexual relationships. This is why—as with all queer identities—it is important to represent and normalise asexuality within fiction, particularly fiction aimed at young people.

In this paper I examine two young adult novels with asexual protagonists—Kathryn Ormsbee’s Tash Hearts Tolstoy (2017) and Claire Kann’s Let’s Talk About Love (2018)—and how their protagonists’ asexual identity is woven into their coming-of-age stories and romance arcs. I explore the tropes, stereotypes, and misconceptions that have traditionally informed media depictions of asexuality, and how these novels divert from them to provide a more accurate and nuanced representation of the asexual experience; and, in doing so, establish patterns and tropes of their own from which a uniquely ‘asexual narrative’ suggests itself.

This academic paper is now published, out in the world, and free to read in RoundTable!

Queer Allegory and Queer Actuality in Every Heart a Doorway

The novella Every Heart a Doorway asks “what happens to the kids who come back from those portal fantasy adventures we all know and love, but can’t quite adjust to life back in the so-called real world?” On a deeper, even more metatextual level, the story also asks “what if we took all that queerness bubbling away in the portal fantasy genre and brought it to the surface?”

Presented at the South Australian Gender, Sex, and Sexuality conference 2019, and now recorded and YouTube-ified for ease of access!

Tagged as Alex yells at their thesis, Every Heart a Doorway, Wayward Children

My presentation on how Life is Strange and Until Dawn let us mess around with tropes (and interrupt them in motion) is now published as a journal paper! It’s free to read here. 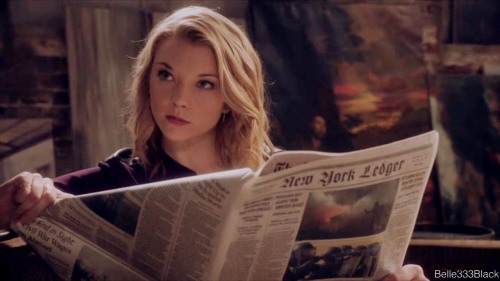 I spent my 2017 academic year picking a fight with Joseph Campbell and his blithe assumption that The Hero can only ever be a dude. Well, as my focus shifts from Heroes to Tricksters, the same issues crop up. The most famous mythological Tricksters discussed in the field and in popular culture tend to come from the following list: Norse Loki, Greek Hermes, West African Anansi, Polynesian Maui, and various versions of the archetype that appear in Native American mythology in the form of the Coyote, Raven, and Hare characters. These are all Trickster gods rather than goddesses. Lewis Hyde—whose book Trickster Makes This World I’ve quoted a few times in this series—quite confidently declared that “All the standard tricksters are male”. And, in a broad sense, he’s correct. But does this need to be the case? There are plenty of folks—including one particular writer I’ll be looking at today—who say “c’mon, my guy” and disagree. END_OF_DOCUMENT_TOKEN_TO_BE_REPLACED

Tagged as A Song of Ice and Fire, Alex yells at their thesis, Elementary, Madcaps Screwballs and Con Women, mythology, One Thousand and One Arabian Nights, Red Dead Redemption 2, Sherlock Holmes, Trickster archetype

The Trickster Archetype in Pop Culture, Part Two: Better the Devil You Know

In the midst of talking about what Tricksters are, let’s take another brief interlude to talk about what they’re not. Last time I mentioned that Kyuubey isn’t a Trickster just because they’re tricky, and neither are most others who fill the sort of Faustian demon role in their story, and I want to expand on that. However, I also want to look at a couple of demonic (or demon-ish) characters from fiction who do fit the archetype, and explore exactly why. Demons and devils (and fantastical equivalents of these things) can be Tricksters, but it’s not because of their devilishness. Rather, it’s almost in spite of their devilishness, and comes down to a few key points including, once again, their place in the narrative itself. With a spoiler warning for both The Good Place and the recent state of the Black Butler manga, let’s dive in. END_OF_DOCUMENT_TOKEN_TO_BE_REPLACED

The Trickster Archetype in Pop Culture, Part One: Down with the System!

Storytelling has been an important part of life for essentially all of human history. In this long tradition of tale-weaving there are a few structures and archetypes we just keep coming back to, from ancient mythology to modern movies. One of them is the Trickster, which, in my view, is entirely fair—after all, it’s one of the most blatantly fun character archetypes out there, brimming with cheekiness and social commentary and a degree of unpredictability that you don’t always find with stories about, say, Heroes or Lovers. We’re not telling stories of gods and monsters so much these days, but this ancient character type is still strolling through our popular culture, though perhaps in slightly different shapes and sizes. END_OF_DOCUMENT_TOKEN_TO_BE_REPLACED

The Butterfly Effect: Player Agency and Trope Subversion in Life is Strange and Until Dawn

Well, I went and did it–after years of unshakable love-hate fascination with Life is Strange and Until Dawn, I’ve taken the leap into the fire and brought discussion of them into my work life. This video is a recorded version of the conference paper I presented last week in Perth, preserved for the ages and intended to be accessible to those who couldn’t be there to see it in person (which includes folks outside the academic field). I explore how branching, interactive stories give us the opportunity to mess around with tropes and genre conventions, and the weird Schrodinger’s Cat conundrum that these games can both play into historically harmful cliches and subvert them, and neither result is more “canon” than the other. Check it out if you’re interested!

Once upon a time, a scholar named Farah Mendlesohn set out on a valiant quest to create a classification system for the fantasy genre. The result was her 2008 (yes, “once upon a time” is approximately in the realm of 2008) book Rhetorics of Fantasy, an analytical and example-piled volume that digs deep into the question of what the different types of fantasy are, what we expect from them, and why they work.

Mendlesohn assures the reader that these four categories she’s come up with—Portal-Quest, Immersive, Intrusion, and Liminal—are not the new “rules” for fantasy writing nor the be-all-and-end-all of classification within the genre. They’re a tool meant to make studying these stories easier and more interesting, allowing readers, researchers, and fans to look at the genre from new angles with a new frame of reference. And so, just as I have previously brought you Campbell’s Hero’s Journey, Tolkien’s Cauldron of Story, and Leavy’s Swan Maiden, I bring you Mendlesohn’s Rhetorics of Fantasy, summed up in several paragraphs and with a lot more anime and video games than the original textbook. END_OF_DOCUMENT_TOKEN_TO_BE_REPLACED

Boy Meets Boy is a sweet little story about the complications and shenanigans of adolescence and first love, set in a world so accepting of its LGBTQ+ youth that it broke genre. Critics and reviewers had no idea how to categorise this novel when talking about it. By all counts, it’s a contemporary YA romance: as author David Levithan himself described it, it’s a pretty simple “boy meets boy, boy loses boy, boy gets boy back” love story. The difference is, of course, that that plot is usually “boy meets girl”. It’s this queer twist on a recognisable formula, combined with the delightful unusualness of the story’s setting, that sent everyone into a headspin. This novel could not simply be labelled a YA love story—it had to be “fantasy” “utopian” or “magical realism”. The whole thing conjures up the mental image of an office full of reviewers clutching at their hair, staring into space, muttering “but the gay kids are happy—so it can’t be realistic fiction!” END_OF_DOCUMENT_TOKEN_TO_BE_REPLACED

Genre is Fake (But Very Useful)

Every text I’ve read that has anything to do with genre study dedicates at least a few paragraphs to the disclaimer that genre is slippery, arbitrary, and, while a useful tool for analysis, kind of a pain in the ass. This pain is only made worse if we take this system of categories to be Holy Doctrine rather than something we made up to make talking about stories easier. So, okay, maybe genre isn’t fake. When I say genre is “made up” I mean genre is “socially constructed”, rather than “not real”. Here, Brian Attebery says it better:

Both literary studies and folklore are built on the idea of genres, rather as biology is built on categories, from kingdom to species, reflecting morphological similarity and common descent. However, unlike, say, raptors and perching birds, different genres do not exist until someone imagines them.