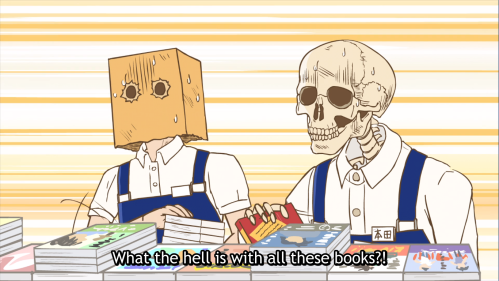 Guess who read an awful lot this year? With the amount of books that I enjoyed, I figured I’d put together a big roundup! This is divided into three sections based on the mix of things I was reading – expect to find manga, yuri, a bunch of good YA, and a sprinkling of genre studies.

A Tropical Fish Yearns For Snow

An anxious teenager moves to a seaside town, and finds herself drawn to the intriguing aquarium club and its sole member… who turns out to be an equally anxious girl who might just be the start of a sweet slowburn romance (currently 1 volume in). 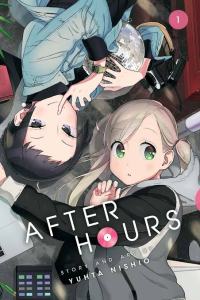 Twenty-four-year old bi disaster Emi is adrift in life, until a fling with a cool lady DJ sends her headfirst into Tokyo’s music scene, where she discovers not only a new passion and direction but the courage to commit to things and Start Getting Her Shit Together (complete at 3 volumes).

A sweet, cathartic queer love story about growing up, figuring yourself, and the healing power of baking.

This webcomic about boys figuring themselves out and falling in love is still cute and poignant, and is now out in physical volumes!

The much-acclaimed yuri series about an athlete and the gardening girl who loves her. The couple get together early on and spend the series figuring out their feelings and their futures, with plenty of adorable and heartfelt shenanigans along the way.

Land of the Lustrous

Soon I’ll be raving about the anime in that recommendations post, but the manga it’s based on is a beautiful beastie all of its own. The art is striking, the world is fascinating, and this existential tale about the self and the body and the Universe only gets more beautifully tangled the further it goes along (currently 9 volumes in).

A semi-autographical manga about working in a big nerdy bookstore, with a surprisingly sincere and upbeat take on customer service shenanigans. Everything you enjoyed about last year’s anime and more! (Currently 2 volumes in)

The Way of the Househusband

A former yakuza boss has retired from a life of crime and must now face his most gruelling challenge yet: mastering the rituals of domestic bliss so he can be a good hubby (currently 1 volume in, but dang it’s delightful).

Yuri is My Job!

High schooler Hime is intent on using her natural cute looks (which don’t match her personality) to con her way to financial security as the trophy wife of a billionaire. In order to maintain her façade, she ends up roped into a job at a themed café where she must play the part of a dainty, ladylike schoolgirl… only to run headfirst into an old friend who knows her dark secret. A stellar mix of comedy and drama, and full to the brim with romance tropes I adore (currently 5 volumes in).

Greek mythology’s most notorious witch becomes the hero and narrator of her own story, by the same word-wizard that brought us The Song of Achilles. Just as gorgeously written, just as emotional, and just as riveting as a portrait of a living, breathing ancient world of monsters and magic.

Every Heart a Doorway

So, what happens when you get back from your classic coming-of-age portal fantasy adventure, and it becomes apparent that you were much happier there than in the so-called real world? You end up at Eleanor West’s Home for Wayward Children with a bunch of other otherworldly misfits.

I Was Born for This

A fascinating and heartfelt exploration of fandom, fame, and friendship from Alice Oseman, who famously kicked my heart in the ass with Radio Silence.

I Wish You All the Best

After being kicked out of the house for coming out as non-binary, Ben moves in with their sister and embarks on a journey towards self-confidence, found family, and one of the most adorable romances I’ve read all year.

In the Way of All Flesh

A girl who can predict people’s deaths takes fate into her own hands to save the supposedly doomed life of the girl she loves.

One Would Think the Deep

A poignant exploration of grief, complicated families, and the hot mess that is the popular Australian conception of masculinity.

Silhouette of a Sparrow 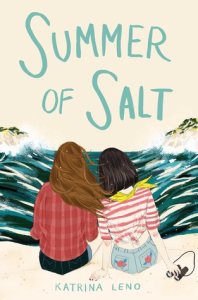 The sole magic-less daughter in a family of witches must solve the mystery of their island home and save her sister. Did I technically read this at the very end of 2018 in a haze before New Year’s? Maybe. Am I still going to steal the chance to recommend it again? Absolutely.

Plus-sized, very gay, and officially “the funny friend”, Abby is convinced she’s the sidekick in someone else’s rom com and will never star in her own… until she meets the charming Jordi Perez at her summer internship.

An old but powerful genre studies text that asks “hey, what are we even talking about when we talk about genre, anyway?” and provides a handy rundown and history of a few popular ones.

Exactly what it says on the cover, featuring Farah Mendlesohn’s unstoppable knowledge of the ins and outs of fantasy, and the genre’s changing purpose and practice over time.

Gender Outlaws: The Next Generation

A collection of academic, poetic, and personal essays from a variety of gender-queer writers highlighting their life experience and personal perspectives.

Ireland’s Immortals: A History of the Gods of Irish Myth

How exactly did the “Celtic pantheon” evolve, and why is that such a wacky and contradictory term? This is a story about stories, and a truly fascinating (and quite readable) one at that.

The Roaring Twenties were a wild time to say the least, and this book captures the essence of that with a few stories from one particularly zany year.

Representing the Rainbow in Young Adult Literature: LGBTQ+ Content Since 1969

A deliciously comprehensive history and reflection of the evolution of queer rep in young adult fiction.

One of the first academic looks at fan culture, featuring an affectionate study of fanfic tropes and an awe-inspiring glimpse into fandom in the pre-internet era (they were making video edits just with VHS tapes!).

The Invisible Orientation: An Introduction to Asexuality

Also exactly what it says on the cover, intended as a guide for everyone from ace folks to questioning folks to folks who’ve never heard of it before.

Video Games Have Always Been Queer

A series of queer readings of video games, intersecting game studies with queer studies and arguing that the two are perfectly compatible even if they may not seem so.

Here’s to another year of bountiful bookshelves!