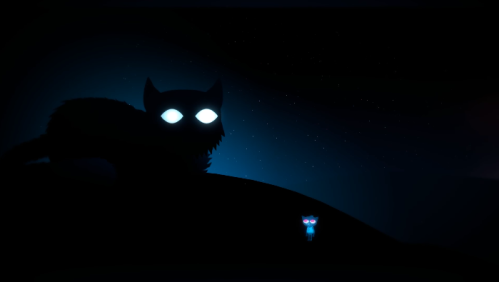 Coming up with a solid mythology, belief system, or set of traditions and folklore, is a key part of a lot of fantastical worldbuilding—making stories to go within the story, if you will, to make the world feel more fleshed out. After all, it’s human nature to tell stories, and any group of humans will inevitably come with their own folklore, be they creation myths or cautionary tales. But the tricky thing with stories, especially ancient ones passed down by word of mouth, is that even though they’re presented as historical fact, they may not be as true as they once were. Or, in the case of the in-universe folklore I’m talking about in this post, they might contain more truth than the characters hearing them first realised—throwing the nature of the stories into question, and making the world they’re in much stranger, richer, and more mysterious for the reader engaging with them.

Spoilers for the end of Night in the Woods beyond this point!

Malinda Lo’s novel Ash is deeply rooted in fairy tales—both in that it’s a loose retelling of Cinderella, and that its fictional setting has plenty of stories of the fair folk to tell. The titular protagonist Ash is fascinated by her local fairy folklore, and after her mother dies, she throws herself into these fantastical tales to escape. Her father, who is altogether less into these “rustic” traditions, assures Ash that fairy stories are just that: stories. Furthermore, there is no such thing as magic, there never was, and everyone should turn to far more civilised things like philosophy and modern medicine. “Modern medicine” in this setting involves a firm belief in the Four Humours and bleeding people to make them better, but hey, who is Ash (and who are we, the reader) to challenge this, even if it’s boring? The question becomes a lot trickier to answer when Ash begins to discover that fairies do exist, throwing the fictional nature of those old stories into question.

The fairy tales woven throughout the book do a strange and interesting dance with the concept of “worldbuilding” as we know it. In one sense, they absolutely help build the world, since they show us the storytelling culture of its people, and their beliefs and traditions—beliefs that are at war with the oncoming march of more modern society that is further from nature. On the other hand, you cannot take the fairy tales Ash reads as one-for-one historical documents the way you can in, say, something like Skyrim, where you can read a legend about ancient warriors and take it as advice on how to handle the undead versions of those warriors when you meet them. They will help you understand the world, but they are slipperier than simply records of the truth. 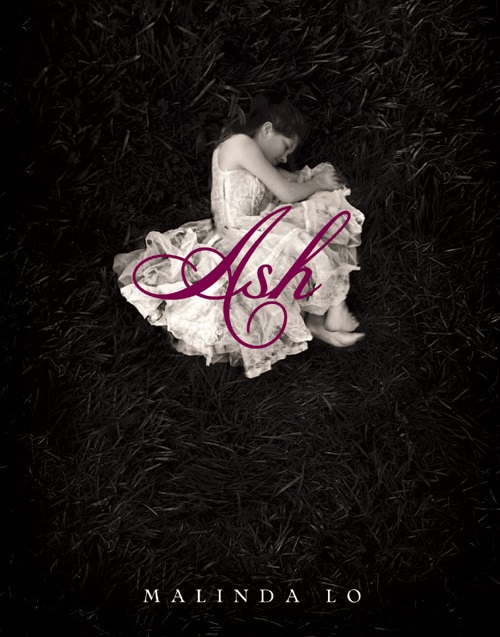 Was the girl who fell into a coma truly taken away by the fairies, or is that just an folklore-injected explanation for a family tragedy? Are these cautionary tales steeped in metaphor, or meant to be taken literally? And thus, can Ash take these tales as genuine advice for what to do when she finds herself entangled with the fair folk, or is she going to have to separate reality from folklore—if indeed there is a difference? Ash, and the reader, are not so sure which elements of these stories are story and which are true once we meet the Fairy Hunt ourselves, adding a layer of mystery and uncertainty to the story that enhances its sombre and spooky feel, and makes the world feel infinitely more complicated and three-dimensional.

Night in the Woods is another example of a story peppered through with its own world’s folklore. Protagonist Mae returns to her home town after dropping out of university and, with nothing else to do, sets to exploring and reconnecting with the place. The character of the town of Possum Springs begins to emerge, as does a somewhat foreboding, or at least slightly off, atmosphere. The subtle spookiness that’s drumming in the background of the Gothic little game is enhanced by local stories, such as the myths and tales attached to the constellations Mae can spot with her old astronomy teacher, and the witchy origin story of the town’s founding that’s performed at the harvest festival. But they’re just stories, right? Those tragic and bizarre characters depicted in the stars didn’t actually exist, and if they did, they were just ordinary people whose stories got blown out of proportion and mythologised over the passing of time? Right?

On the night of the harvest festival (an event with a lot of obvious similarities to Halloween—a supposedly magically-charged time, where the veil between the world of the living and the world of spirits is thin), Mae sees what she’s convinced is a ghost, appearing out of the shadows to kidnap a resident of the town. What she witnesses seems impossible, and in the light of day she’s frankly told by the police that it is. Having performed the town’s founding story just before this happens, Mae’s head—and the player’s—is filled with tales of ancient curses and strange magic. The appearance of the ghost marks the mid-point of the game where the Gothic atmosphere that’s been bubbling away in the background comes to a head, and the mystery plot truly kicks off. But even then, you remain unsure of whether or not you did see something supernatural up until it’s all confirmed in the final arc of the story. 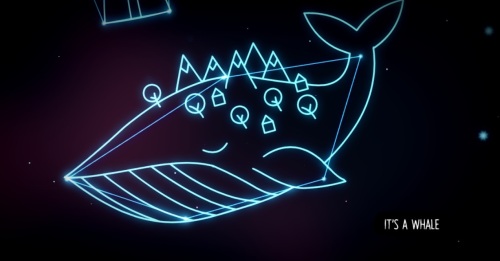 The town’s history (and thus the game’s backstory) is so tangled up in superstitions and folklore that it’s difficult to tell what’s real and what’s fiction, and Mae’s relationship with the town is weird enough at present that it’s difficult to tell whether the uncanny atmosphere is something genuinely strange, or if it just feels strange for her. The atmosphere is deliberately haunting, but does that mean the town’s really haunted?

It turns out there is something genuinely supernatural and sinister going on beneath Possum Springs, even if it’s not what Mae or the player expected. The “ghost” she saw was actually an ordinary human, albeit one of many who worships the ancient god that lives at the bottom of a mine shaft and controls the prosperity of the town. But even once that’s answered and resolved, Mae’s hometown is still steeped in the mysteries woven by its many unreliable narrators. It doesn’t answer the question of the dusk stars, for example, and how many of those tales are true. It could explain some of the origin story, but whether or not there’s any connection is left in the shadows. And it sure as hell doesn’t explain the seemingly all-knowing, teleporting janitor. If one myth is true, who’s to say the rest of them aren’t?

The world is confusing, and humans love to make sense of things by telling stories about them—it’s this that has led to much of the world’s folklore and mythology. But in a fictional space, while the same urge to rationalise with storytelling is no doubt part of the characters’ (and their ancestors’) lives, the same rules that apply to the real world do not, and a very fun and spooky element of doubt arises. Sometimes the folklore of a fictional world is that fictional world’s actual lore, and can help you understand its various machinations. But it’s more interesting, to me, when this folklore has unreliable narrators, and the story acknowledges that it’s been diluted through time so that we cannot be sure whether it’s “true” in context or not.

Perhaps the fairy tales in Ash are indeed just fairy tales, or perhaps—given that the protagonist and the reader discover that fairies do exist—there’s more of a historical element to them than most people want to believe. Perhaps there wasn’t really a giant whale with the world on its back, as the characters of Night in the Woods have recorded in the stars… but given that an ancient cosmic entity was living under the town, who’s to say? It adds layers of intrigue and makes these fictional worlds feel more three-dimensional and more like our own, and more mysterious and rich to explore.

Tagged as Ash, Malinda Lo, mythology, Night in the Woods

One response to “Folklore, Worldbuilding, and Fun with Unreliable Narrators”