Pop Team Epic and the Value of Letting Girls be Absurd 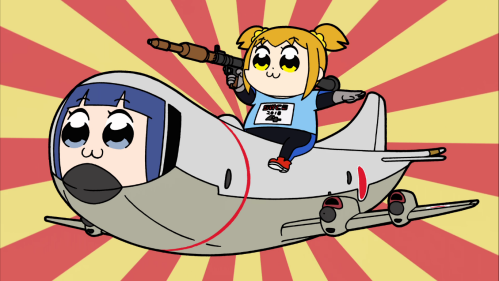 Pop Team Epic blasted onto our screens at the start of the winter 2018 season and has been confusing and amusing viewers ever since. It’s fast-paced, surreal, absurd, a little crude, entrenched in pop culture, and just plain ridiculous. It stars Popuko and Pipimi, a pair of schoolgirls who, in taking this wild and wacky spotlight, step into a role not often given to girls in comedy. Self-aware as the show is, the characterisation of Pop Team Epic’s leading ladies serves as a sort of metatextual raised middle finger to the concept that girls should be cute rather than funny.