Martyred Moms and Dastardly Dads in the MCU 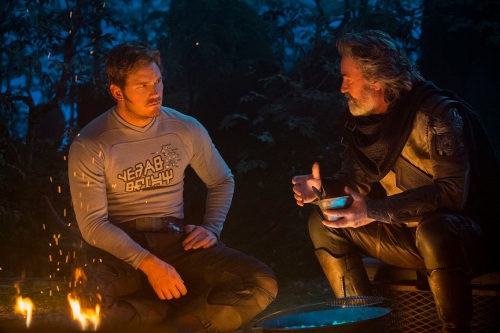 My friend and I came out of Guardians of the Galaxy Vol. 2 convinced that the Infinity Wars movies, and the big Avengers/Guardians crossover therein, were mostly going to consist of Tony Stark and Peter Quill trying to out-Daddy-Issue each other. As well as both having facial hair and a penchant for roguish one-liners, the two heroes have a few things in common, most notably their parental situation: like Tony, Peter Quill has a complicated and at times antagonistic relationship with his father that forms the emotional core of a whole movie, and a sense of wistful mourning for his mother, who was sweet, kind, and only shows up in a few scenes. She’s also dead due to circumstances that were in no way her fault, so they can bond over that as well. At this point, maybe Thor can chime in too, perhaps initiating a group hug, since he also has a complicated relationship with his main-character dad and grieves over his good and nurturing dead mum. Jeez, is Infinity Wars just going to be one big session of father-related angst and mother-related mourning?

Head to Lady Geek Girl & Friends for the full post!