“Heroes” vs “Heroines”: A Tale of Linguistics and Juicy Academic Gossip 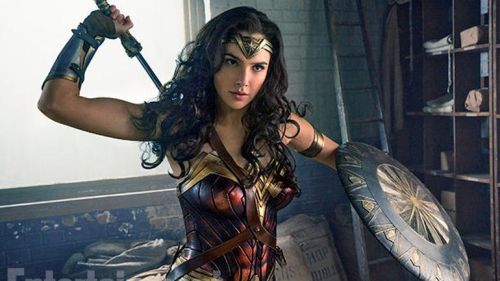 Let me tell you some spicy goss I’ve dug up in my research.

If you’ve been with this blog for a while, you might remember my abridged guide to The Hero’s Journey, Joseph Campbell’s mythological theory of the Universal Narrative that is repeated as a pattern throughout the literature and folklore of the ancient world and deeply informs our current pop culture. You may also remember me tilting my head a little and pondering here and there that hey, this book kind of works on the assumption that the titular Hero is a dude most of the time. I am, it turns out, not the only reader who picked up on this. In 1981, scholar and therapist Maureen Murdock asked Campbell if there was a feminine equivalent to the decidedly masculine-tinted Hero’s Journey, and Campbell replied that…

“Women don’t need to make the Journey. In the whole of mythological tradition woman is there. All she has to do is realize that she’s the place people are trying to get to.”

Murdock, I can only imagine, kind of went:

…and in 1990 published her own book called The Heroine’s Journey.

I’m possibly making this out to be more a dramatic idea-feud than it was (the introduction to Murdock’s book is very civil as it discusses this, but then again she did have nearly a decade to simmer down after that exchange). The Heroine’s Journey is not, I have to clarify, a long anti-Campbell rant or even an alternate reading of mythology, but an exploration of female psychology and personal development. But the fact that it exists and its absolute ripper of an origin story are a point of interest in and of themselves, and its title, obviously a play on The Hero’s Journey but clearly for women, demonstrates a linguistic trend that keeps popping up in the field of gender studies in myth and literature: that of “heroes” vs “heroines”.

To borrow a thought experiment from sci-fi author Kameron Hurley, what do you first picture when someone says “hero”? To add to the experiment, what do you first picture when someone says “heroine”? Given that, as Hurley suggests, we generally think of some sort of masculine Herculean or Superman-ish figure when we think “hero”, “heroine” with its feminine connotations will likely be something very different. In fact, what I picture when I think “heroine” is a tricky thing to pin down—I’ve realised that I mostly interpret it to mean “main character who is a girl”, rather than a woman version of that strong hero archetype that comes to mind. This is reflected in media, too: Jane Eyre is often described as a gothic heroine, heroine can be synonymous with “love interest”, and it seems to make perfect sense to call Chihiro the heroine of Spirited Away or Dorothy the heroine of The Wizard of Oz.

But here’s another interesting thought: I probably wouldn’t call, say, Wonder Woman, a “heroine”, especially after those examples I just listed. She’s just a “superhero”, right? She falls under that category, both as an archetype and where she fits into the superhero genre. Calling her a “superheroine” is not only a mouthful but feels… somehow unnecessary and wrong. And this, I realise, is because the word “hero” itself is associated not just with main characters but with character types—Wonder Woman is active, strong, powerful, and actually does fit the bill for a woman version of that superhuman ideal figure we picture when we close our eyes and hear “hero”. This only makes it more obvious that “heroine” has its own unique set of meanings attached to it, and I would argue that it’s not an interchangeable word with “hero” at all. Many consider it, necessarily, an entirely different thing, for better or worse. 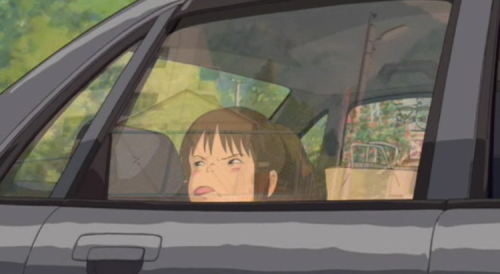 Pictured: me upon first hearing that “women are the place people are trying to get to” quote

Feminist critic Ellen Moers went so far as to invent the term “heroinism” in her 1976 work Literary Women, explaining that “the coining of a new term was necessary because [she] could find nothing else in English to serve for the feminine of the heroic principle.” However, Lee R. Edwards’ paper The Labors of Psyche: Towards a Theory of Female Heroism, takes issue with Moers’ phrasing, calling heroinism an “awkward term, the female version of the presumably masculine heroism, [which] perpetuates the idea that only men can be true heroes while extraordinary women remain special cases who require different terminology.”

Writer Dana Heller also rallies against the term, writing “the woman who rejects the passive term ‘heroine’ and adopts the active term ‘hero’ for her own identity appropriates power from the masculine sphere”, defining “heroine” and its feminine connotations as inherently passive, and “hero” and its inescapable association with masculinity as inherently active. Sarah Nicholson also argues, in her appropriately titled The Problem of Woman as Hero in the Works of Joseph Campbell, that “At root level even the term ‘heroine’ is problematic. ‘Other’ to the hero, it can oddly connote a certain weakness and vulnerability as much as it expresses strength.” And lo, with this definition of course we wouldn’t call Wonder Woman a “heroine”—a heroine is not a hero, and comes with the baggage of being associated with femininity, which is associated with weakness and passivity (which is, if it needs saying, a loaded issue that this post is only scratching the surface of).

Lee Edwards pleads for us to consider the Greek character Psyche a hero who happens to be a woman rather than a “heroine”, because the knee-jerk reaction is to consider her something else (that idea of woman/feminine being “‘other’ to the hero”) even though her story follows many of the beats of The Hero’s Journey step for step. Still, it feels kind of wrong to label Psyche a “hero”, and when I considered why I realised this is, as I said above, because we’ve come to associate the supposedly un-gendered word hero with strictly active and masculine qualities. David Emerson identifies this split of traits between “heroes” and “heroines” quite neatly, categorising masculine traits as “physical strength, courage, independence and self-reliance, and the tendency to use force […] as opposed to traits identified as ‘feminine’ such as empathy, nurturance, connection with community, and negotiation”. Again, Wonder Woman and action stars like her seem to most outwardly fit those masculine-coded attributes, earning her the title of “superhero” rather than the feminine-coded, differently-associated “heroine”. The idea that personality aspects are inherently masculine and feminine is also a loaded issue, so let’s just grit our teeth and skate past for now.

As we have previously discussed, don’t mess with the Greek gods

Because hey, as Emerson spends his whole paper discussing, these supposedly feminine traits are powerful in their own context and the coming of age adventure of a young woman (he uses the examples of Dorothy from The Wizard of Oz and Chihiro from Spirited Away like I did before) that has her learning and embracing traits like these is not any less valid than a traditional acting-doing-punching-stuff Hero’s Journey. To say there’s only one version of the “universal narrative” and that any character going about their coming of age journey in ways that don’t directly correspond to the steps of the traditional dragon-slaying quest is doing it wrong cuts off greater discussion and pigeonholes writers, analysts, and real people. It also conforms to Campbell’s “women don’t need to take the Journey” logic, which both Maureen Murdock and I find to be a hot pot of nonsense. Perhaps these ladies and girls might go about their physical quest and psychological journey a little differently, but does that mean they’re inherently doing “the girl’s version” of heroism and need their own categorisation?

This brings us back to Edwards again, and her argument that maybe we should just let women be “heroes” rather than faffing about with exclusive terminology. Moers had positive intentions coining the phrase “heroinism” but I feel it only draws attention to and possibly widens this gendered gap. This isn’t to say that “heroine” is a dirty word, and as I said before things/terms/types that are exclusively feminine being associated with weakness and passivity is another massive linguistic issue that needs to be tackled–but for the purpose of this particular article, I want to express that when I started thinking about all this, I found myself realising I’d rarely ever considered a fictional woman a “hero”. “Protagonist”, sure, and many times “heroine”, but never that big ol’ gilded, glorious title of “hero”. And why not? Can’t a hero be a woman? Can’t a woman be a hero?

It’s a seemingly little thing, a niggling detail, but one should never underestimate the power of words and titles. Lara Croft inherently sounds less badass when you call her a “heroine”, even with the word “action” in front of it—that sense of “other to the hero” is still there, with that strangely heavy little -ine added to assure anyone seeing the label that she is somehow different, manifesting as the female version of something rather than just being allowed to sit comfortably under the title of hero… which, again, should be a neutral term, but is considered to belong to a fictional dude by default–hence requiring that -ine to differentiate her in first place. I mean, she’s an action hero, the same way Wonder Woman is a superhero, the same way Dorothy and Chihiro are the heroes of their own stories even if they happen to be small girls rather than the buff man we picture automatically according to Hurley. 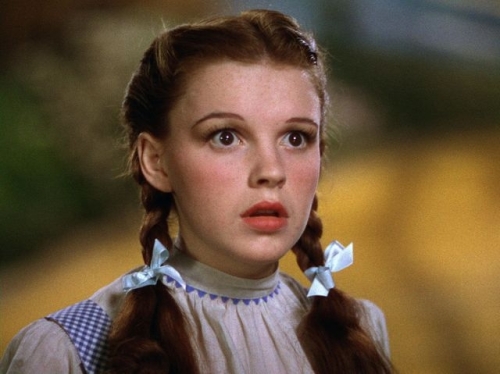 I’ve a feeling we’ve gone deeper in this topic than we meant to, Toto

Psyche is a hero who goes on a heroic quest to the freaking Underworld, while pregnant and homeless and heartbroken. I have to agree with Edwards; not only is that badass, but if you look at the story as a whole it’s a pattern-perfect Hero’s Journey. Why describe her differently? Even though heroism may occasionally manifest differently for men and women (non-binary examples are not explored in any of this literature), the looming gap between visions of “hero” and visions of “heroine” perpetuate this idea of men and women being vastly, irreconcilably different (thanks, early psychologists), on the deep fundamental levels that theories like The Hero’s Journey are talking about. Which is an idea that’s getting old, as is Campbell’s “women are already perfect and serve only symbolic guiding force in the presumably male hero’s narrative” idea (which, oh my God, again, whole ‘nother loaded issue that I can’t get into or we’ll be here for five days).

This business of “hero” and “heroine” is a (perhaps surprisingly) complex puzzle that incorporates all sorts of issues, and this is just me echoing and examining the voices of a few scholars who have written about the topic. “Heroine” is not a bad word and I wouldn’t tell anyone to not use it, but I have new perspective (and a bit of fresh spite for Professor Campbell) that makes me see this whole issue of gendered archetypes and gendered language in a new light. Such is academia: you may never have thought about it, but chances are it’s someone’s life’s work. Never underestimate the power of word use. And hey, if a woman is heroic, can’t we just call her a hero?

5 responses to ““Heroes” vs “Heroines”: A Tale of Linguistics and Juicy Academic Gossip”