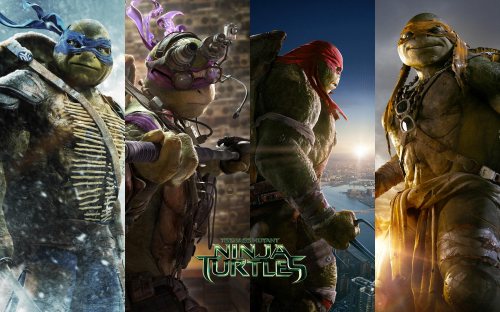 I know almost nothing about Teenage Mutant Ninja Turtles and I’m already cringing at the new movie. I first had to do a double take at the fact that they made a movie, the ‘they’ being Michael Bay, who brought us the Transformers films with a varying degree of success and a guarantee of explosions. The TMNT movie seems to very much be in the same vein, the strange new breed of cinema that takes much-loved franchises of toys and children’s TV and reworks them into a badass, sexy, CGI-filled extravaganza. Presumably so, if you’re part of the demographic that enjoyed it as a kid, you can continue to validate your enjoyment of it by sinking your teeth into this new version specially tailored for adults. Hmm.

Now, there’s not necessarily anything wrong with that… but this process can go in weird directions. Or, as in the case of Transformers, just lead to some awful movies. There’s potential for great fun here, as there are with any action movie, especially based on pre-existing things like comics or TV shows so you know that the creators aren’t going to be afraid to be wacky, since they know they’ve already got an audience. If they need to, they can run on the power of nostalgia alone and it will rake in cash, but you don’t want to just lean on that. And you have to keep in mind, also, that a remake like this will draw in new fans—probably actual kids, seeing as they’re still intrinsically linked with their toy lines—and that can lead to a clash of target audiences.

Because there’s no denying it, really—Michael Bay’s Transformers movies were not so much aimed at young people to try and sell more toys to them, but to the grown-ups who already had them, or at least, had strong memories of the inherent awesomeness of noble, smart-talking vehicular robots from their own childhoods. The main character is a late high schooler (later university student) rather than a younger protagonist, which as an empathy point kind of tells you where the movie’s aimed if the M15+ rating doesn’t (not that there’s anything super squicky in there, just lots of action violence, but still, the legality is staring you in the face).

At least we still have you, Bumblebee

Kids are less likely to attach to the intricacies and the struggle of how inescapably hot Megan Fox is and are more likely to want a clean-cut action adventure about giant robots. There’s nothing really wrong with making a nostalgia-gunned movie, and it’s probably kind of a smart decision to aim it at the pre-established audience rather than clamouring for a new one in a generation where Transformers (maybe? I’m not up to date on the sales) aren’t as big a Thing. Still, there seems something inherently off in taking a children’s show and product away from children and clinging to it with sweaty dudebro hands. Oh, lord, I’m sorry. That’s a rash generalisation. But really, I can’t help but worry, especially with the new TMNT movie, that that’s kind of what’s happening.

I mean, for crying out loud, in the trailer alone a good chunk of the jokes revolve around Megan Fox (again!) being ridiculously attractive. Including the line “She’s so hot I can feel my shell getting tighter”. Here it is, our first look at a revamping of a childhood classic, and it straight-up contains a boner joke. As if it wasn’t odd enough adjusting to serious, realistically rendered giant ninja turtles, now we’re being forced against our will to think about their aroused anatomy. I did not want this at all, let alone from a slapstick adventure about ninja turtles.

It’s not as if this is the first time this has happened, of course—look, even, at all the adultified rehashes of Alice in Wonderland, from Tim Burton making it a little spooky to Alice Madness Returns that turns it into a full-scale psychological horror. Even badass, sexy fairy tale retellings could fall into this discussion: the art of taking something traditionally associated with children, from your childhood even, and making it yours in your grown-up form. This can be fun, yeah, but if it takes it entirely away from its original and intended target audience, tainting it for them in the process, problems arise. 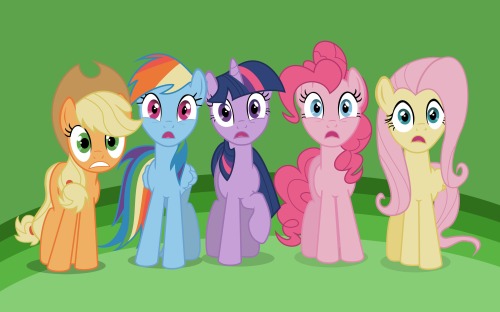 The biggest unofficial example of this is probably the ‘Brony’ thing, avid adult fans of Lauren Faust’s My Little Pony: Friendship is Magic show, which exploded across the internet a few years back. Hey, I watched some of it, I got into it, I appreciated it as a well put-together children’s show that managed to be innocent and full of well-meaning lessons and good humour without being as obnoxious as a lot of kid-aimed shows can be. There are plenty of fans that did the same, and overall pony lovers big and small are a good bunch I’m sure, but as usual there are a group of infamous bad apples that have led to a—frightening well-founded—stereotype of grown, beardy men forcefully inserting themselves into the fandom of a show for little girls and demanding it cater to them.

And when that fails, they make their own fan works of varying degrees of lewdness and grim gore, which is all very well if it’s self-contained, but of course the actual target audience, young girls, can all too easily stumble across this stuff when they’re searching through the internet and it can ruin the entire show and experience for them. Doubtless the same thing could happen to the kids watching the TMNT movie, except they won’t even have to venture into the fandom sphere because the adultified awfulness may well be right there canonically on their cinema screens, and the association will follow to their playing with the toys if they buy them (which the companies are still very eager for them to do).

So here we have this weird crossroads where the people who grew up loving something want to bring it back to love it again, and spread that love to a new generation—but there comes a point where these creators and fans (which cross over, naturally enough) have to choose between making a self-indulgent product that makes their childhood favourite badass, gritty and sexy enough to validate their still liking it, and making it still accessible to the kids it was originally intended for. Tread wisely, Bay and co. I’m side-eyeing you majorly.