Dying in Fiction 102: Be an Innocent Female Character

Within fiction there are certain codes, ingrained enough in our collective psyche that, hypothetically, if we were to end up stranded in a made-up world, we, as geeks and fiction aficionados, would sort of know what to do to stay alive.

Trying too hard to be a hero, for example, is a sure way to get killed off, so that kind of behaviour is something you as a mortality-conscious protagonist can be careful to avoid. However, there are other deadly conventions that are far more difficult to run from, such as the one in question today, which seems to be a target strapped to the character in question since birth.

While the heroes are running around being heroic, doubtless somewhere in the background there’s an innocent bystander unfortunate enough to have two X chromosomes. She is unassuming and sweet-natured, maybe she’s a love interest or a little sister or a friend. Either way, she’s top of the hit-list.

Especially, apparently, if she has anything to do with romance and superheroes.

Someone’s got to add a more relatable element to the sci-fi struggle between good and evil, and who better than a doting love interest? Not that there’s anything wrong with that. Romance plotlines are not bad by default, and the women and men who lead them are not always unnecessary or obnoxious. That isn’t what we’re talking about here, anyway. We’re talking about how, whether they’re relevant beyond fan service and warm fuzzies or not, they seem to have a startling mortality rate.

Possibly the most famous example of this is Gwen Stacy, Spiderman’s girlfriend who was played by Emma Stone in the most recent movie adaptation and, unfortunately for everyone who’s a fan of Emma Stone’s neck, met a rather sticky end in the comic universe. In The Night Gwen Stacy Died (wow, spoiler alert guys), the Green Goblin throws her off a bridge—Spidey, being the hero, goes to catch her spectacularly with his cool web trick, but… makes a serious error and snaps her neck. 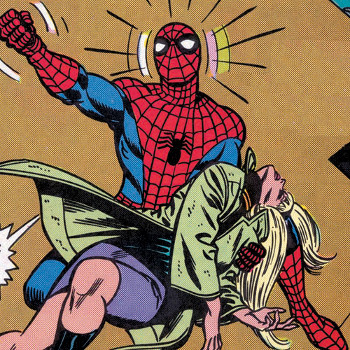 It came as rather a shock to fans everywhere, and you can only imagine how Spiderman felt. Her death triggered a huge guilt spiral that echoed into the comics for years to come. After all, what better way to induce character development and serious the story up than a great failure on the hero’s part? Spidey has it pretty bad, with this already drummed into him with the death of his uncle, which is what inspires him to accept the responsibility that comes with his power in the first place. It’s harder hitting, however, with a character as delicate as the innocent girlfriend.

Either that, or that lovely lady and her versatile neck vertebrae will come in handy for showing how evil a villain is. The Green Lantern’s girlfriend meets a fate so terrible it warrants its own trope page, murdered by the bad guys and left strategically to horrify the hero and the readers. She’s certainly not the first and not the last, either—Gail Simone compiled a terrifyingly long list of female characters in superhero comic books who have been maimed, killed, abused, brainwashed, or generally harmed specifically to advance the plot or show how villainous a villain is.

We get a nice live action, high definition example in the case of The Dark Knight, when the lovely, capable Rachel, a childhood friend and hopeful love interest of Bruce Wayne’s, meets a horrible end at the playful hands of the Joker. To boot, she’s even part of a sadistic ‘you can only save one of them’ scheme involving lying, villainous transformations and lots of explosives. It’s not fun.

Also, while they aren’t superheroes per se, the Supernatural lads certainly encounter this problem a lot, notably with the character of Jessica, who appears for about ten minutes in the first episode, establishes that she is sweet-natured, sexy and emotionally supportive to our male lead, and before she’s granted any character development deeper than a teardrop in a swimming pool she’s found murdered and on fire, setting Sam off on his journey. From then on, his luck with women does not get any better. Or rather, the luck of any woman he has a romantic moment with spontaneously plummets.

She was pretty hot

And don’t even start with Bond girls—whether ‘innocent’ by design or not, they have a shockingly high mortality rate, often getting a few scenes per movie before dying in some spectacular way. Not before, of course, they’ve ended up in Bond’s bed. In the most recent instalments starring Daniel Craig, the women have gotten a double whammy of being disposable pieces of sexy like they are in the older movies and serving as angsty motivation. Bond’s affection for Vesper Lynd and his reaction to her death is a running plot arc through to the most recent film, Skyfall.

That’s what girlfriends are for, right? Moral support, happiness in shared time, inducing angst, showing how evil the villain is, setting the plot in motion with their fiery deaths…

Naturally enough, these devices are set in place to shock us. After all, if the hero bites it, it’s probably their own doing in some way because they ran in and tried to be heroic. But if someone’s killed off because they were simply in the wrong place at the wrong time, that hurts. It’s unjust, and it especially riles the audience up when it’s a picture of innocence and the need to be protected, like a young girl. It’s bad enough having a grown woman meeting a horrid fate… what if it was someone as truly helpless as a child?

This is especially effective if it’s the hero’s little sister, or if they’re older, their daughter. The shock of this can induce character development, bringing on the big brother instinct in any hero no matter how dweebish, whether for revenge or for a rescue mission (or best yet, a rescue mission that fails, leading into a rampage of revenge). Whether they’re being knocked off or kidnapped or depowered or assaulted, it’s sure to set off pangs somewhere in the viewer’s gut.

Taken, for example, would have no plot and no emotional pull if it weren’t for a bunch of gangsters being stupid enough to kidnap Liam Neeson’s daughter and try to sell her into sex slavery. Immediately that resonates with the audience—women fear it could happen to them and their father isn’t Liam Neeson, and men fear it could happen to someone they know, and as they aren’t Liam Neeson, they’d be helpless. It works as a good sympathy tool, since no one wants to think about the horror of having their loved one killed simply for being their loved one. That aside, it’s a little bit troubling that females within the world of fiction have a habit of being so disposable. 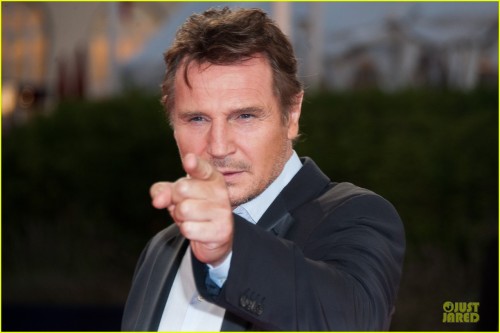 ‘I don’t know who you are, but if you keep treating love interests as plot devices, I will find you and I will kill you’

It gets to a point where the shock of their demises stop being, well, a shock, because it almost becomes expected—oops, there she goes, another pure-hearted love interest exploding, being dragged away by villains, stuck in a fridge, or lying dead in a hero’s angsting arms. It also provides that unfortunate stigma that already exists against more feminine or passive characters, particularly love interests.

Now, you’re in a fictional world and trying to stay alive? The way around this, as far as I can see, is to not have any romantic connections at all, just in case one of them happens to be the alter ego of a hero of some description. Also make sure your older brothers aren’t secretly involved in something that could be a plot. In fact, just try not to be a woman in one of these action universes if you’re not the one in the centre of the spotlight kicking everyone’s asses.

Filed under How To

3 responses to “Dying in Fiction 102: Be an Innocent Female Character”