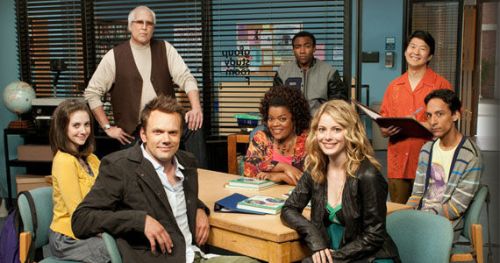 Community is my kind of humour, laden with pop culture references and parodies that are not so intricate that they’re not funny if you don’t get them—at the same time, not entirely relying on them and the attached stigmas of the people who get them to be entertaining (cough).

For the as yet unawares to the inner workings of this show, it follows the antics of a group of students at the fictitious Greendale Community College, the audience walked into the midst of it by Jeff Winger, a suave and stylish lawyer who not only eerily reminds me of someone I went to school with but has been debarred recently upon the discovery that his degree was forged. So tasked with getting a legitimate American university diploma, he seeks out the laziest route and enrols at Greendale planning to breeze through four years of his life with just enough credits to escape and be cool again, and possibly get laid along the way.

Things change for him, however, when in an attempt to follow his latter plan by using his impeccable charms on high-school-drop-out activist-of-everything sometime-hipster-photographer Britta Perry, Jeff finds himself in a study group with six other misplaced misfits who, without his intention, become a tight-knit group of friends. And the adventure begins, as Abed would say.

Among this rag-tag crew are Pierce, a retired CEO with seven ex-wives and absolutely no eye or ear for what is appropriate; Shirley, a sweet-natured but hot-tempered Christian housewife; Annie, a cute overachiever who had to leave high school due to a nervous breakdown and pill addiction; and Abed, who everyone assumes has some sort of behavioural disorder, but really he just knows that he’s in a TV show.

The fourth wall is not so much broken in Community but shattered with a sledgehammer for the cast to dance in the rubble. In fact, you could argue that it’s not even a wall but a thin piece of plastic sheeting. The adventures of the study group range from the mundane romantic follies of youth to the downright ridiculous—one episode will be about a drunk phone message war between Britta and Jeff, one will be about a Halloween party sent awry by an actual zombie outbreak induced by radioactive taco meat (while ABBA’s greatest hits plays in the background). 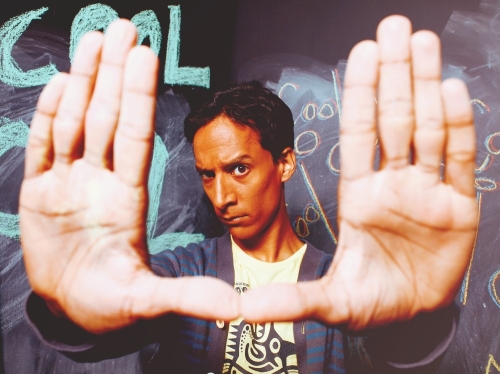 There are parodies and homages in greater and greater droves as the series progresses, including an episode entirely in stop motion about Abed trying to find the meaning of Christmas (who is, of course, the only one aware that everything is animated), a Pulp Fiction themed birthday party with everyone in appropriate dress, and a Wild Western style paintball war. This being said, however, the show doesn’t rely entirely on these references as its sole source of comedy, which is a relief. The characters and their own original situations and the banter therein provide humour on their own and despite all their vastly-explored shortcomings you find yourself becoming quite attached to them. Yes, even Pierce.

The humour of the show is also often expressed with its tongue very much in its cheek, not so much relying on stereotypes for comedy but playing with them and making fun of the fact that they even exist, prodding around taboo subjects like sexuality, race and religion that are often shied away from for fear of being controversial. Community manages to use these for humour without being offensive by playing with the idea that they are offensive. Pierce, for instance, makes frequent racist, sexist and homophobic remarks that are grounded either not in reality at all or fifty years in the past, which is often called out by the group as being terrible, or at least met with an eye roll as the series goes on and they get exhausted with him.

Greendale’s Dean is a foil character to this as he is obsessed with keeping his school politically correct, going so far as to make the sports team ‘The Greendale Human Beings’ and having the mascot be a vaguely human shaped white spandex suit with a drawn-on happy face, free of any of the constraints of race or gender.

Shirley the Christian housewife toys with the stigmas associated with religion, sweet and caring but also a notorious gossip and sometimes violent advocate, for instance when Annie points out that Jesus was a Jew Shirley replies through a tight-lipped smile “You’re never going to let that go, are you?” 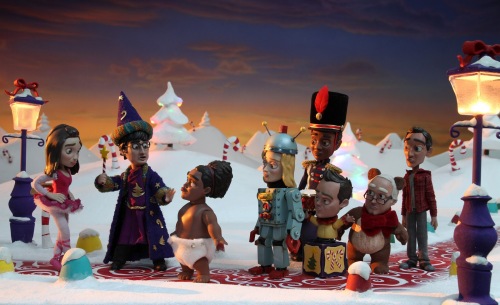 The character of the Dean plays with camp gay stereotypes and Troy with those associated with the immature, dumb jock—they exhibit some of their traditional traits, sure, but they are twisted and contrasted and taken the mickey out of enough times that it really doesn’t seem harmful.

The key to enjoying this show is realising at some point that it doesn’t have to be taken seriously. Yes, each episode comes with its own set of morals and lessons learned about friendship and life, which are a bit heavily pressed actually—however, you soon come to ponder whether that too was deliberate and part of the quiet cackling at fiction and society that the entire series lives and breathes. It is to be enjoyed and not thought about in great depths, despite the pedestal that Abed puts televison on.

Any show that makes references to itself and the tropes within is a show I can get behind. The series manages to be a giant affectionate parody of everything pop culture, while at the same time being a decent TV show on its own. It’s magical stuff, intercut with serious subplots and exploration of deeper issues, but then carried off on the tongue-in-cheek humour and ridiculousness that gives the show its individual style. The scriptwriting is razor sharp and everyone is having immense fun putting the episodes together, which is evident in everything.

Basically, if you like pop culture, go and engage yourself in this slice of it. Then you too can be as meta as Abed.

PS: Finding images for this  post was really fun because if you just Google ‘community’ you get a few smatterings of Joel McHale’s face, but mostly it’s pictures like this: 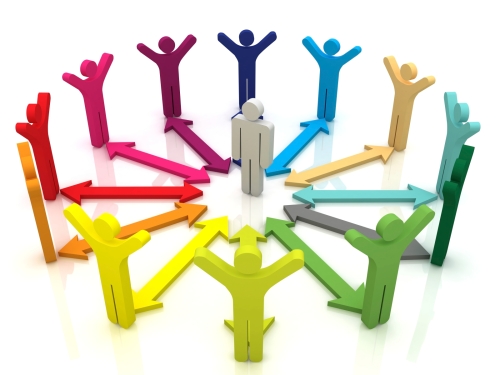 PPS: I’m going to be writing for Feminspire now! Excitement! Go check them out.