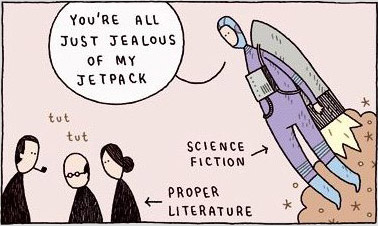 Snobbery irks me in its own right, but if there’s one thing I really can’t stand it’s snobbery of interests.

That thing you like is the wrong thing to like! Really, it’s just silly. Especially when it’s within fandoms, for crying out loud. You all watch/read and enjoy the same series. Why can’t you just soak that up instead of finding things to disagree on and excuses to bicker?!

That is not what this post is about. This post is about  genre snobbery, which is a hell unto itself. Basically, books are books, and the notion that the grouping they come from changes their quality somehow is a troublesome one. If you think about it in a roundabout enough way, it’s kind of racism to inanimate objects.

Take, for example, the fantasy genre. It is so often dismissed as being down a lower rung of literature because it has dragons and epic battles, or something. I suppose that all things considered fantasy is a relatively new genre and so there’s no fantasy amidst the classics — until the 20th Century you just sort of didn’t see it around. There were fairy tales, of course, as well as ghost stories, religious epics and retellings of legends from various mythologies, but high fantasy as we know it today is much more modern than we might think. Could be due to the fact that for a long time folks were a bit twitchy about anything that involved magic. 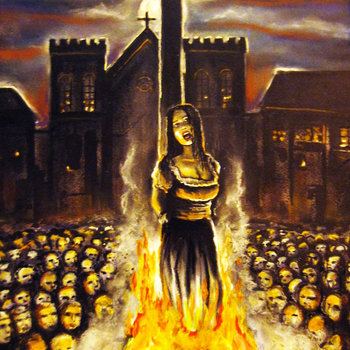 Thou shalt not suffer a fantasy nerd to live!

The Lord of the Rings was really the first to shape the genre, and even that wasn’t overly well received when it was first published. Today, however, there is a booming market for epic fantasies… though if you ask the right people, you will be told with a hand wave that they’re all overly dramatic, childish, convoluted copies of each other.

This comes, too often, from a glance at the label. If it’s in the “science fiction” or “fantasy” section (and sometimes it’s difficult to separate the two, but that’s another story) then it’s automatically just another bit of pulp from a stapled genre that’s trying too hard. The Tropers say it better:

In the first place, science fiction is often dismissed as lightweight, formulaic and poorly-written rubbish churned out by talentless hacks who never met a cliché they didn’t enthusiastically regurgitate. On the other end of the spectrum, science fiction is often seen as aloof, dreary Doorstoppers which essentially take the form of tedious and over-complicated scientific essays poorly disguised as stories, apparently written by people who have multiple doctorates in the hard sciences yet have somehow never managed to interact with another human being before. In either case, the result is considered the same; material which is poorly written with lame plots and characterization, almost entirely lacking in literary merit.

Perhaps this stems from the roots of each genre — fantasy is parcelled with fairy tales and bedtime stories because that’s sort of where it grew from, in essence, and science fiction is dismissed as badly written trash because there was a belief, in its early days, that if you had a cool enough concept for the story to revolve around all your effort could go into exploring that and no one would pay any attention to your flat and poorly baked characters (This, as I have discovered unfortunately for myself, is a theory that does not hold water).

And granted, there’s a lot of crap in both genres. But there’s a lot of crap in every genre. You can never assume that all Victorian literature is depressing and long winded because you’ve read Charles Dickens, or that all YA appeals to girly, giggly, blushing teens because you pick up a Louise Rennison book. And neither can you assume that all Victorian literature is in florid prose and soaked with satire because you read Oscar Wilde, or that all YA is intellectual, poignant and introspective because you alight upon John Green. The genre or target audience of a book does not define its merits or quality, or the quality of the reader.

Now, if you generally don’t like to read science fiction or fantasy, there’s nothing wrong with that. If stories about epic quests or space travel as a concept don’t appeal to you, that is fine. I’m the same — I’m not usually an avid reader of either genre, but give me a good enough book and I will enjoy it just like any other. It all comes down to the individual.

Saying that all fantasy books are made of the same stuff is not only insulting to the imaginations of the authors hard at work there, which are quite frankly doing incredible stuff by creating whole worlds just for the reader’s enjoyment, but also classes Harry Potter and A Song of Ice and Fire as the same sort of material. And that just doesn’t bear too much thinking about. 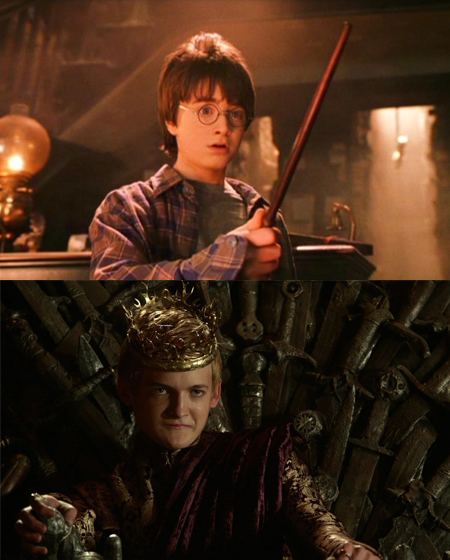 Don’t even get me started

Spurning a book because of the time period it was written in is another circle of this Inferno. Classic literature is classic for a reason, but denouncing anything contemporary because it obviously just won’t compare (because today’s authors are all cash-mongering fad-followers who live on coffee and don’t understand The Great Themes, obviously) is a whole new kind of silly.

Literature snobs are the ones who forget that Shakespeare wrote the sitcoms and soap operas of his day, and don’t consider that if modern critics had been around in the Regency era they would have slapped Jane Austen’s books with the label “chickiest of the chick lit”.

And do these boxes authors are put in with only a bowl of water and tatty blanket to aid them hinder the quality of the work itself? No. So why do we bother slapping handy organisational labels on everything if we’re just going to use them as an excuse to sneer?

It’s a sad fact that many creators of science fiction and fantasy feel they have to go out of their way to mention that their creation isn’t science fiction/fantasy at all, I swear. All too often the phrases “magical realism” and “speculative fiction” will be tossed around where they don’t fit simply because they sound fancier (which Terry Pratchett refuses to do, even though some people have hailed his books as this for the sole reason that they don’t want to acknowledge that decent fantasy novels exist) and because writers and publicity people don’t want to admit that the work fits into one of these genres that are stuck in a critical ghetto.

The take-home message from this week’s post, kids, is that every series and story is individual. It’s that old saying: Don’t judge a book by its cover, and certainly don’t judge it by the shelf you find it on. And don’t be a snob because I will get cross with you.

6 responses to “Genre Snobbery is Like Racism to Books”