Perils of the “Quirky Girl”

Note: I would like to credit this comment from Tumblr user spastasmagoria as the inspiration for this ramble, state that I mean no disrespect to anyone who actually enjoys these shows and these character types, and apologise because by the end of this ‘quirky’ will no longer look like a real word. 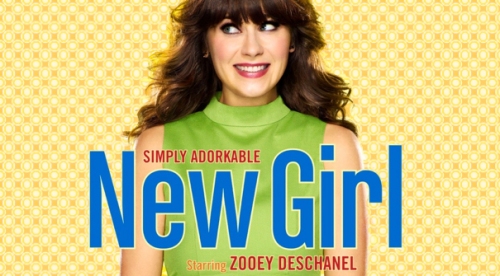 Oh look, who’s that over there, looking adorably awkward with glasses on her nose and the out-there clothing? Oh, she’s a fictional heroine! One of those new, more approachable ones!

What a funny, peculiar girl! It’s so good that writers are straying away from the notion that love interests and heroines have to be shallow and perfect and normal! The Quirky Girl likes nerdy things, is imperfect in appearance, socially awkward, and not afraid to be a tomboy. How refreshing!

Except it isn’t. It’s the same tonic in a different, more colourful bottle. A problem with the Quirky Girl archetype (read: every Zooey Deschanel character ever) is that she is often written as a way of making a character approachable and likeable to the female audience, reassuring them that it’s okay to like non-mainstream things and be a bit eccentric and dress the way you want, and to ~be yourself~. In fact, doing all the things that would usually make you deemed weird will make you seem cute, and some boy out there is just dying for you to come along and liven up his life with your adorable weirdness!

And here we run into a problem. Not only does the creation of these Quirky Girls create a new stereotype that is irritating and a bit offensive in its own right, but it somewhat spoils the “be weird, be yourself” message by  only showing a certain set of standards as being acceptable and labelling them as “quirky” to get away with it. Plus, it creates problems for people at the other end of the scale by pushing the notion that people who do fit society’s ideal are all evil monstrous monstrosities.

There are three main problems that Quirky Girls run into on their quest to be seen as lovable role models for the imperfect viewer.

So your female character (actually, this applies to male characters too, but bear with me for the purposes of this post) is a certified ‘geek’ or ‘nerd’. She is supposedly ostracised for her geeky interests, be it that she’s a ‘gamer girl’, reads comic books or watches science fiction TV shows.

Buuuuut here the writers run into a snag: what she likes is meant to be obscure, but if it’s too obscure then there’s a chance that none of the viewers will know what they’re referencing. Thus, TV geeks usually have a very small pool of things they are actually allowed to like: the comic books will be the famous ones that everybody knows from the flow of blockbuster movies, the games will be the heavily publicised recent releases, and their favourite science fiction shows will mostly consist of Star Trek, Star Trek: The Next Generation and shows that look exactly like Star Trek or are parodying Star Trek because they couldn’t get the rights to use actual Star Trek. Also Star Trek.

So how geeky are we being here, really? And are writers who want to make girls with obscure interests feel desirable, either despite or because of their tastes, really doing that, or only driving home the message that you have to fit into the shiny top layer of pop culture to be considered cool? 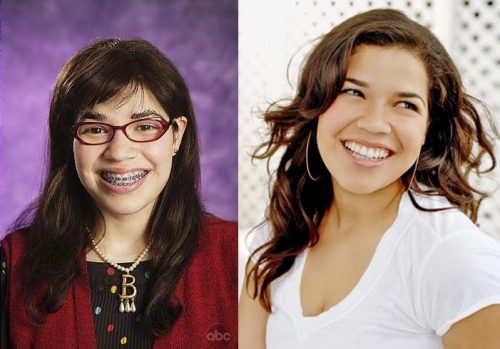 Our quirky heroine is advertised as being not that good looking with a strange dress sense. This generally translates into a perfectly attractive actress (because who wants to watch a show about ugly people?) wearing thick-framed glasses and dressing a bit bohemian.

Her plainness is merely informed, and is waved away in a flourish as soon as the romantic lead appears, and is instantly smitten with her. Perhaps she has colourfully dyed hair and an out-there wardrobe. Now that’s more like it —a heroine who doesn’t look like she’s just stepped out of a fashion magazine, perhaps? That prospect would be too good to be true, I’m afraid, and you won’t be seeing any full-scale punks, goths or anything of the like because… they look scary!

They promise a character relatable to the “non-standard” girls, to give them hope that they too will one day find love and happiness and are suitable material for the centre of a show, and they can do it while they’re being themselves — as long as being themselves includes being white, skinny, bespectacled at the worst and a little hipster in your clothing choices. 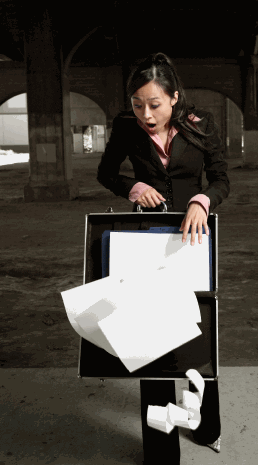 , characters must be also if they expect to be perceived as three-dimensional and real in any way. Often, writers nurturing Quirky Girls come to a realisation somewhere in the midst of thinking up their character: despite all of their girl’s obvious imperfections in her non-mainstream taste and plain appearance (at least, until she takes her glasses off) she seems a bit flat and, well, too good to be true.

And so they decide to give her some flaws. Some genuine wrongness, at last, to make her, if not a believable weirdo, a believable character.

So they make her socially awkward, a bookish loner, a klutz, bubble-brained and/or fond of spouting ridiculous things that make no sense. This makes her awkward and thus relatable to awkward girls… but only in ways that will call on the laugh track.

Does she have serious social anxiety? No, she just stammers when she’s around confident people and muddles her words, and sometimes not even that. Does she have body issues? No, she’s just a little self-conscious of her supposedly imperfect appearance (see above), and any doubt is washed clean away when the male lead tells her so. Does she have an actual cognitive disorder and misunderstand how the world works? No, but she might turn up to a dinner date in overalls because she doesn’t understand restaurant dress codes (laugh track). Does she have a troubled past? Maybe, but it will mostly involve falling for The Wrong Man time and again, because that’s what love interests do, right? Lovey stuff? Surely they don’t have time for anything else…?

The trouble with going out of your way to create a character that is “quirky” is that in the effort to make the character bizarre they create a whole new stereotype that has enormous negative connotations of its own. The Quirky Girl promises viewers that it’s important to be yourself… but only if being yourself involves a certain, repeated frame of values. This only serves to further alienate the people these misguided writers are trying to reach out to and creates the opposite effect to what they wanted to achieve.

In short, Quirky Girls and shows that use 90% of their advertising explaining to you how weird and funny their female lead is irritate me beyond words (though funnily enough I’ve filled this dialogue box with them, and a Taylor Swift video that I kind of want to punch in the metaphysical face despite the song being so catchy). If writers want to go out of their way to conjure a relatable and flawed character struggling in society because she doesn’t fit social norms, they should do a bit of research… or, perhaps, not be so terrified of their viewers actually perceiving her as unusual.

Filed under Fun with Isms, Things We Need to Stop Doing

5 responses to “Perils of the “Quirky Girl””